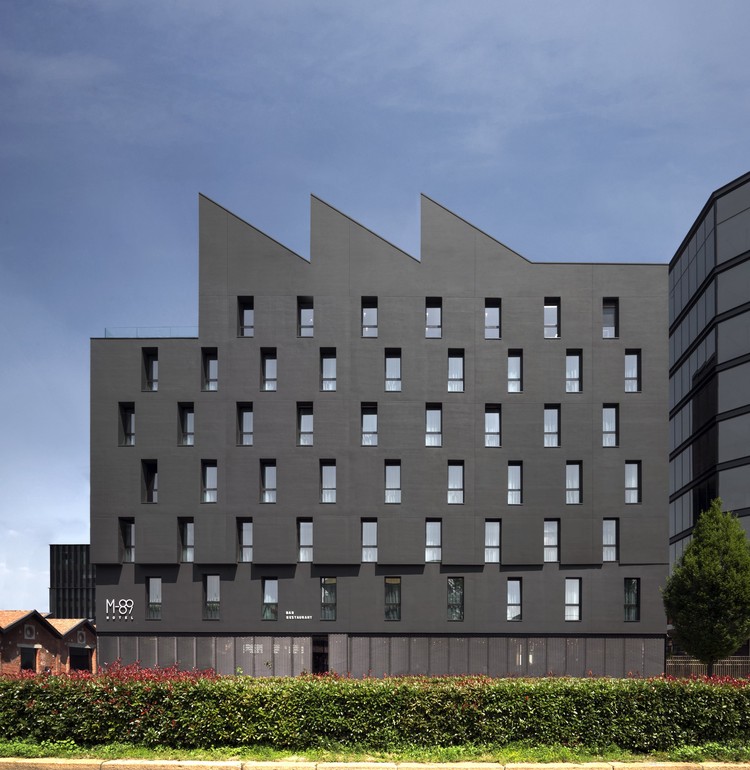 Text description provided by the architects. Opposite the building, there is the rhythmic series of brick blocks of the Caproni factory, with their shed roof and industrial archaeology charm: the M89 Hotel – the new four-star destination at number 89 of via Mecenate– faces the factory halls that one hundred years ago hosted one of the leading aviation companies and which are now home to Gucci, after a meticulous renovation and expansion project by Piuarch.

A few months after the inauguration of the maison new headquarters, Piuarch has started a new project in the east outskirts of Milan, to reinforce its character as dynamic business hub, opened to the city. The dialogue with the surrounding urban fabric – fulcrum of the concept applied to the over 35,000 m2 of the production plant occupied by the fashion company–, also defines the project for the hotel facility, whose building is designed in continuity with the pre-existing volumes, enhancing the architectural identity of the neighbourhood.

On the outside, the hotel hints at the outline of factory halls: the ground floor features a wide glass wall with a metal grate, at the same height of the industrial buildings as an ideal continuation of the permeable facade on the street. The roof, instead, reinterprets the industrial shed system in a contemporary key: the cover takes the shape of a fascinating complex profile and takes a step back to leave room to the terrace framed by full-height glass walls. The roof also hosts the panoramic restaurant, with a view of the Milan skyline, open both to hotel guests and to the public.

Indoors, the hotel boasts the same minimalist character of its enclosure: its business vocation inspires a streamline design, revolving around refined colour contrasts between anthrax grey, white and green and a mix of contemporary furniture and iconic 1950s pieces.

At the entrance, a large fluid area hosts the reception desk, the lobby –with its comfortable sofas resting on the geometric patterns of the rugs–, and a bar: the white ceiling, spangled with cylindrical light fixtures, is in contrast with the hexagonal floor tiles, creating an evocative decorative effect; the anthrax grey walls, instead, are embellished with prints reproducing the architectural heritage of the former Caproni factory and which we find again in the restaurant area on the top floor.

The floors from the first to the fifth host the 50 rooms and 5 suites, whose interiors are decorated as a negative of the public areas: the walls are white and the ceiling is anthrax grey, thus delivering greater brightness to the private areas. With a surface of 24 m2 and 42 m2 respectively, what differentiates the rooms from the suites are the finishing details, more precious in the suites with oak parquet floors and elegant walnut boiserie.

Nothing is superfluous and the décor is ensured by the wise combination of materials and functional distribution, for a project that creates perfect consistency between indoor and outdoor, with the crowning and its multi-faceted outline as the true protagonist of the restored building. 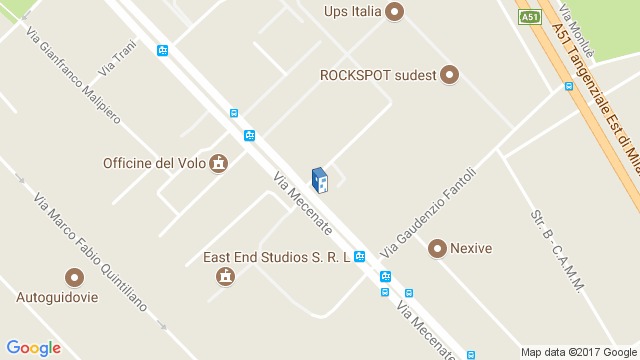