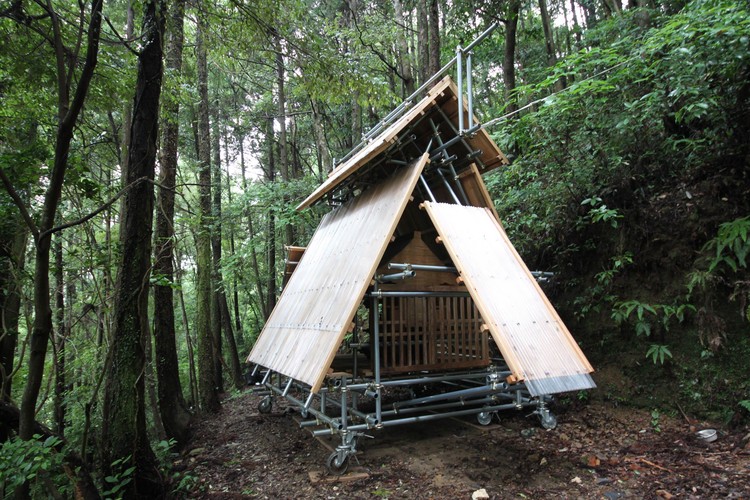 Text description provided by the architects. This is a self-built portable shrine in a depopulated village in the moutain region of Kochi in Japan. In 2015, the pre-existing shrine called Kanamine-jinja was deeply injured by a heavy typhoon that hit the village. The Kanamine Shinto shrine had two architectural components: one is the front shrine dedicated to worshipers while the other was the rear shrine, where main shrine was set.