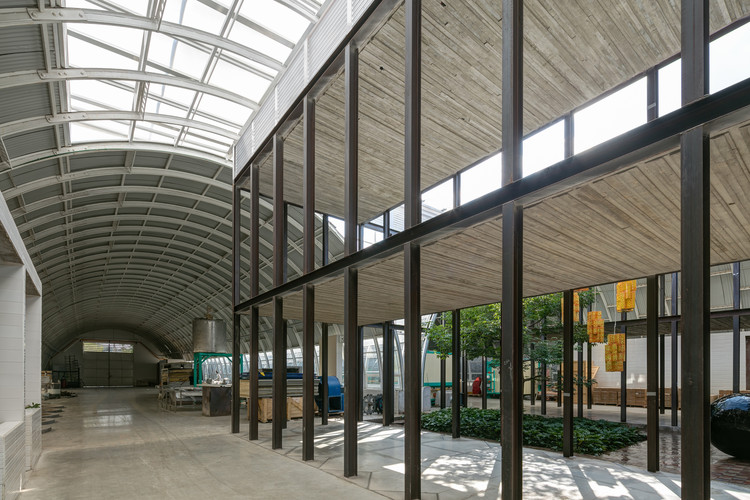 Text description provided by the architects. This project consists in the restoration of two old industrial warehouses with the purpose of hosting a ceramic factory. In their original state the ships were  deteriorated , and in spite of their abandonment, their formal character, their spatiality and their constructive system were unique and extremely interesting. For these reasons we decided to preserve them.

The program has three main areas, two of which are dedicated to production and one functions as an administrative area serving as a linking space for the whole complex. The productive spaces are subdivided into an area of ​​preparation of matter and molds, a baking area and a decorating area.

The ships were independent and seemed to refuse each other, thus, we decided to integrate a spatial dialogue between them. The structure is based on a rhythm of bended iron elements forming a series of mid point arches covered with metallic sheets forming two solid canons. Having these bodies strictly defined, and independent from each other, our proposal pursued the idea to integrate a nucleus of intercommunication between the two. This module had to be a defined geometric volume, a cube, in order to generate a visual contrast with the existing structures making these last ones stand out even more. Implementing the same modulation of the two existing bodies, the cube is formed from a steel structure, which allows the user to perceive the rhythmic sequence of the ships. The cube is characterized by a central patio and houses the administrative area allowing the entrance of light and ventilation into the production area located further inwards into the complex. 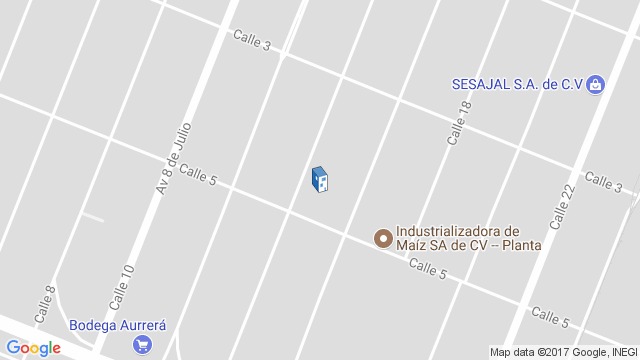