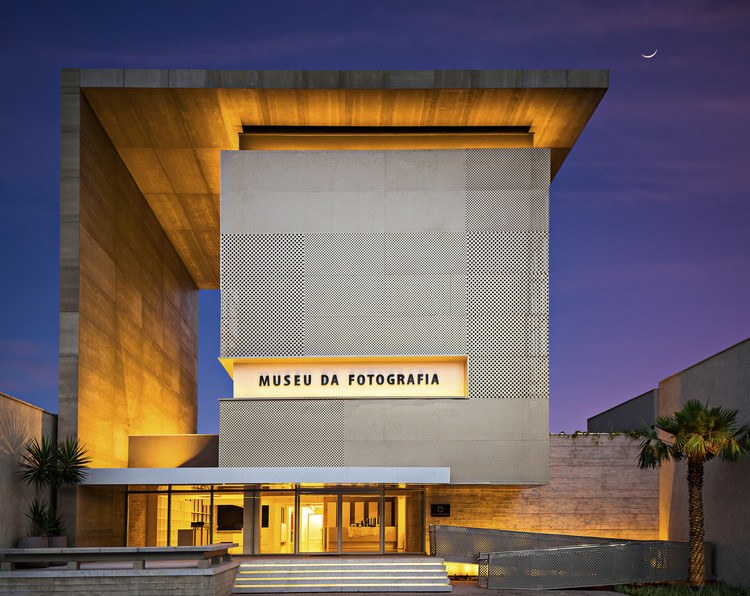 Text description provided by the architects. The challenge of designing a new home for one of the largest collections of photography in Brazil, until then kept away from public knowledge, was accepted with great sense of responsibility to display this historical record. The art collection consists of more than 2,000 pieces including historical names such as Steve McCurry, Henri Cartier-Bresson and Marcel Gautherot, who share space with other leading artists in contemporary production - among them are André Liohn, Claudia Andujar, Rosângela Rennó , and others.

The subject of the work was an existing building with approximately 2,000 square metres of floor area, located in the Varjota neighborhood, in the capital city of Fortaleza, state of Ceará, Brazil. With a very active social life, the neighborhood is considered a gastronomic pole, and an important meeting point for part of the city's public.

As the former headquarters of an English school, the Brazil - United States Institute (IBEU), the building had a structure with various spans, low ceilings, inadequately sized openings, poor accessibility and an inexpressive facade that had little interaction with the street. Already in the first stage of the retrofit, the building was reduced to its structural frame and external walls.

The building has a total of five floors. In the main access, there is a generous staircase that marks the entrance axis of the Museum. Associated with it, there is a ramp for people with disabilities, treated in a sculptural manner in the composition of the façade and highlighted by an empty space that works as a small square, which holds a typical tree from the northeastern semi-arid region that brings the regional element to the sober volumetry of the building. The ground floor comprises the Lobby, a hybrid area with a coffee shop, library, shop, toilets and the temporary exhibition area. The permanent exhibition occupies the first and second floors, with identical plans, spaces are completely sober in the exhibition areas, but with a pleasant vertical garden in the area of ​​the walkway, which represents a transition, almost like a visual rest, between fragments of the shows. On the third floor there is a partially covered terrace overlooking the city, and a multipurpose room, both for events, workshops and lectures. All administrative and support ambients have been placed in the basement, including a technical reserve for the Collection.

Some measures were taken so that there was a control of natural light in the building, important for conservation of the works and quality of the museum space. Most of the old building openings were sealed, but a central atrium was maintained and walkways were built on it, adding visual interaction and allowing a circuit in the once confined and linear pavements. The plaster ceiling was completely removed for a bigger height, and a disordered network of existing beams was reconciled with apparent cable trays that accommodate all types of facilities: lighting, climate control, and electrical ducting fit in this space.

The transformation of the facade was one of the most dramatic alterations in this project. The existing building already contemplated a cantilevered block which represents the upper levels, although it was poorly displayed by the composition. Beyond that, a few visual barriers prevented the full visualization of the building from the sidewalks. The concept was to value this cantilevered volume as main element of the façade, with a ventilated façade of metallic structure and perforated aluminum composite material sheets (A.C.M.) as coating, which aside from protecting from the intense heat from the sun in the afternoons of Fortaleza, configures through a variation in the sizing of the perforation, a dynamic to this pure volume, creating a sort of mosaic. As a capstone both marquees were added, a smaller one shading the main access, and making it possible to use a glazing on the facade that counterbalances the opacity of the other materials, and a bigger, “L” shaped one, gently landed above the building, generating an ideal proportion to the whole composition.

The main intention of the project was to create a contemporary architecture that conveyed , through its volumetry, timelessness and sobriety of shapes and materials. This without forgetting, of course, of the remarkable identity proportioned by the facade, easily assimilable by any person that has seen it. 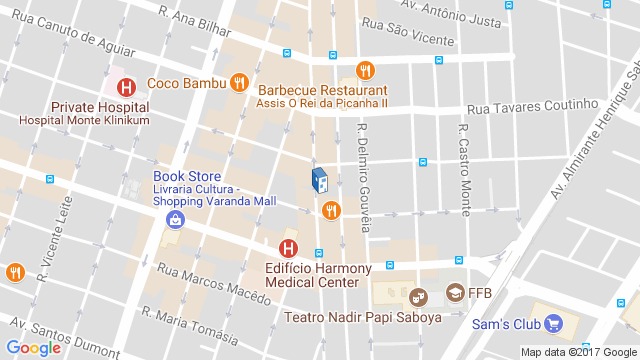 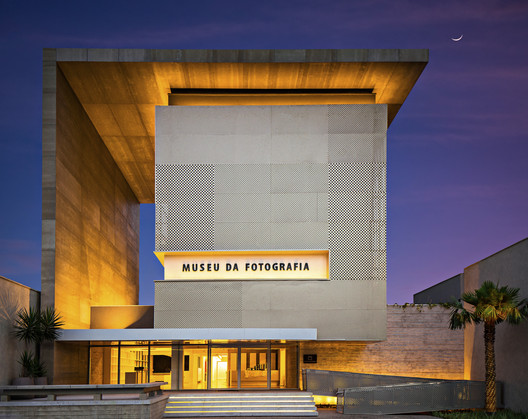