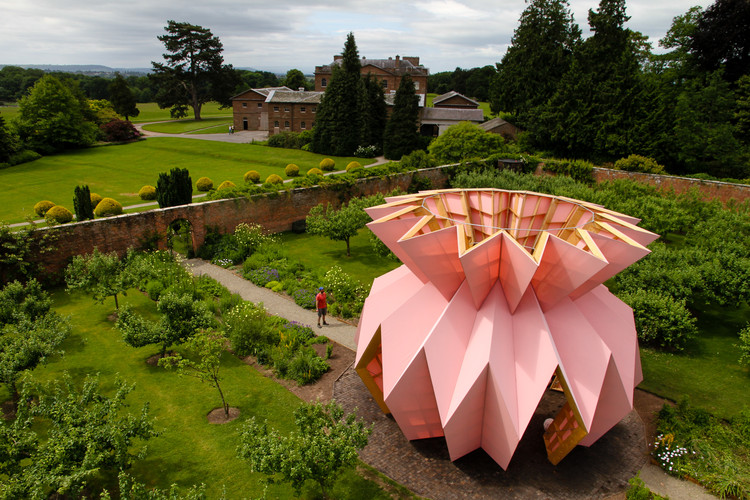 The dusty pink structure inhabits the walled garden at the Georgian mansion, highlighting the importance of this piece of ‘living history’ as the final masterpiece by iconic Georgian landscape designer Capability Brown. The artists were inspired by the popularity of garden buildings or ‘eye-catchers’ such as these in the Georgian era. The folded form of the structure echoes the geometric shapes found in the interior design of the mansion, and it also bears more than a passing resemblance to a pineapple - inspired by eighteenth- century traditions of importing exotic fruit, particularly pineapples which are thought to have been once grown at Berrington.

The artists spent more than a year researching Berrington’s Georgian history and the significance of the walled garden which would have been used as a symbol of the family’s wealth, cultivation and contemporariness. The resulting work tries to reconnect with some of the fundamental ideas, themes and activities that were present in the Georgian garden, to trace them out to wider Georgian life, and specifically back to Berrington Hall and the National Trust’s collection.

The artists first designed the structure in paper using origami, then worked with structural engineers, Artura, to bring the designs to life. The pavilion is built using a sunked metal foundation frame, held with screw anchors, with a timber structure over-laid with a special woven fabric which can withstand all weathers – in a pink colour chosen from a traditionally Georgian palette.

The structure was broken down into 90 frames; each made up of an intricate jigsaw of cnc’d timber pieces, constructed at the artists’ studios. The fabric was pulled over and fixed to each rhomboid and then assembled on site in the walled garden. The wooden cobbled floor is made from timber which is cut, brunt and then oiled to make it weather- resistant.

The final piece looks strong and sculptural from far away, but takes on a translucent appearance from inside. The artists have also created bespoke, sculptural furniture housed inside the pavilion which echoes the geometric form of the structure.

Both beautiful and functional, Look! Look! Look! is open to the public until December 2019 and will house a programme of events and activities including music and yoga. The project also marks the start of Berrington’s plans to raise funds to research and restore its walled garden back to its Georgian origins. 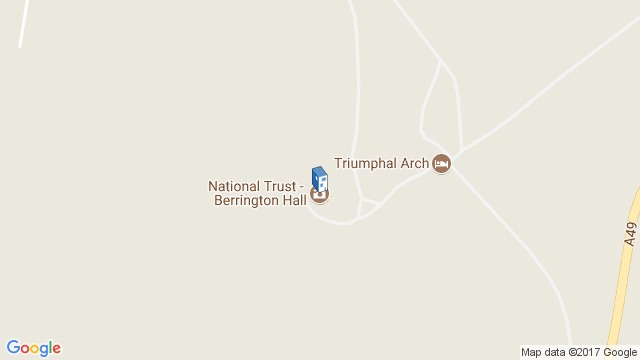 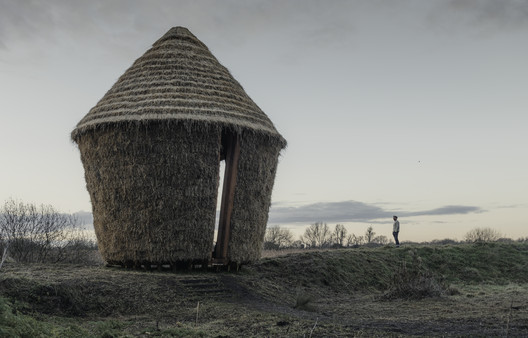 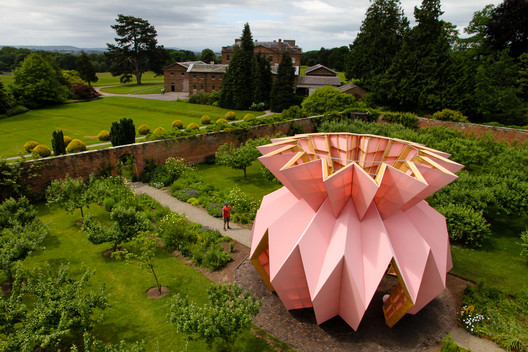