Stefano Boeri Architetti’s next vertical forest project will be found in Utrecht, after the firm was selected as winners in an international competition for the construction of a new urban district in Jaarbeursboulevard. Dubbed the “Hawthrone Tower,” the first Dutch Vertical Forest will be one of two new high-rise towers to rise on the site in the Utrecht city center, located near the Utrecht Central Train Station, alongside a tower designed by Amsterdam-based MVSA studio.

The 90-meter-tall tower will be covered by 10,000 plants of different species (360 trees, 9,640 of shrubs and flowers), aimed at creating “an innovative experience of cohabitation between city and nature.” The green facade will allow Hawthorne Tower to absorb more than 5.4 tons of CO2, scrubbing the air for healthier living conditions for both residents of the tower and the wider city.

On the ground floor, the Tower will house the “Vertical Forest Hub,” a research center for the implementation and education of urban forestation worldwide. The space will be open to the public, allowing passersby to see the technical and botanic strategies employed in the tower’s design and to track the progress of other Vertical Forest projects under construction across the globe. An elevator will connect the space directly to a 6th floor roof garden, where the plantings and architecture can be viewed up close.

The form and finishes of the building have been designed to create a dialogue with the surrounding city – the tower steps back from the street to enhance its visual dimensions and allow for abundant light. Program elements will include offices, fitness and yoga areas, bike parking and public leisure space, aimed at becoming the “new healthy center of Utrecht.”

The Utrecht Vertical Forest follows other urban forestation projects designed by Stefano Boeri Architetti, including the Tower of Cedars in Lausanne, Vertical Forest in Nanjing and other green buildings planned for Paris, Tirana and Shanghai.

Construction on Hawthorne Tower will begin in 2019, with estimated completion by 2022. 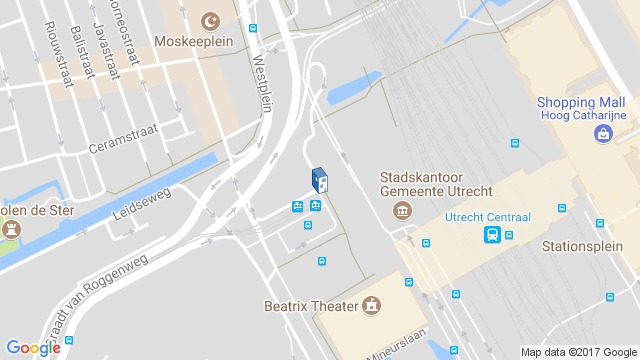 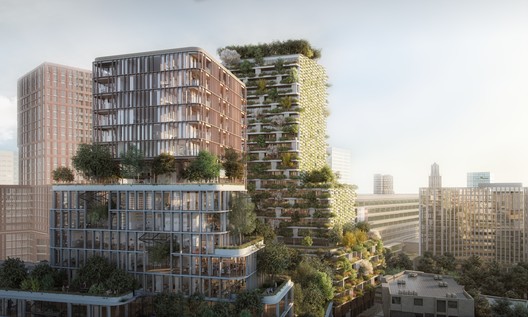