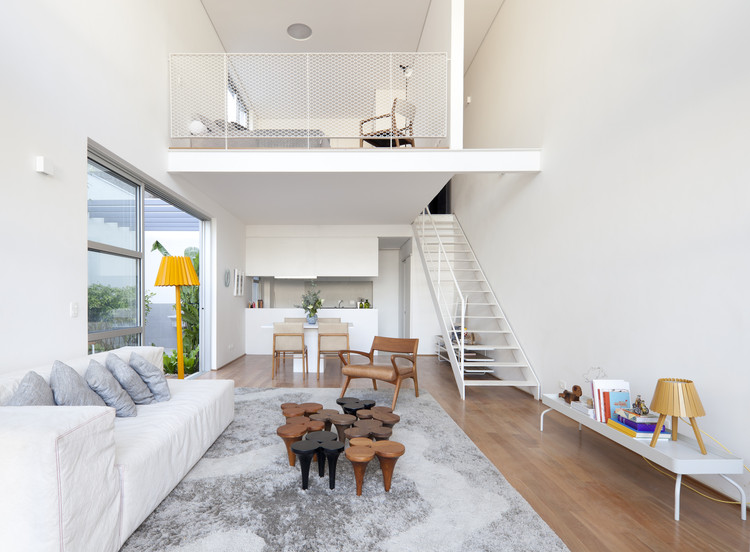 Text description provided by the architects. The project for this eight apartment building located on a steep terrain in São Paulo proposes an alternative for a collective housing in the city, by treating the group of residential units as a cluster of overlaid houses forming a "vertical village".

This resource, apart from creating a rich volume for the building, associates the quality of life of each resident to low impact on the neighborhood, in an association of individual and collective advantages.

The resulting volume arises from the juxtaposition of collaborative responses to six specific assumptions raised:
-the program: eight housing units with varying areas.
-steep plot, with use of plateaus and retaining walls;
-the small land area and consequent computable area available for the units.
-layout according to heat stroke and the views of the Valley in the back (East).
-respect to the maximum height of neighboring houses and minimal impact on them;
-the use of a structural solution that is both economical and of simple execution

At first locating eight housing units on a 750m² (15x50m) plot, without the possibility of using progressive and taxes (C.A = 1), forced us to seek an alternative route to optimize the areas of each apartment. External areas, not computable, emerged as a natural response.

The sloping terrain, a former industrial stockyard was already divided into four plateaus going from the street down. Another solution was to take advantage of these levels, as well as the existing retaining walls, in order to minimize the energy cost with earthwork.

The stacking of volumes in relation to these levels was replicated in the development of the building, generating blocks of different sizes and depths resulting in terraces for the apartments. This solution ensures that all units have at least 40 m² of external sunny area, overlooking the valley to the East. This feature, not only qualifies the use, but also ensures "porosity" to the building which minimizes the shadow and preserves air flow in the neighboring plots. The fitting of each unit’s floor plan within a structural modulation aims, in particular, to position the bedrooms to the sunny façade and to turn the wet areas to the South, enabling good ventilation and sometimes two-story high ceiling in the living rooms. The terraces are always part covered, part uncovered, facing the valley to the rising Sun, as well as most of the rooms. 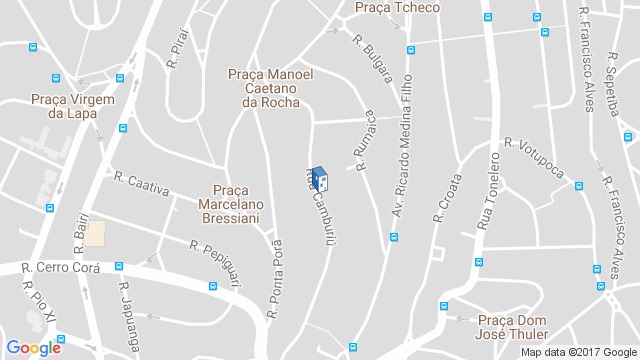