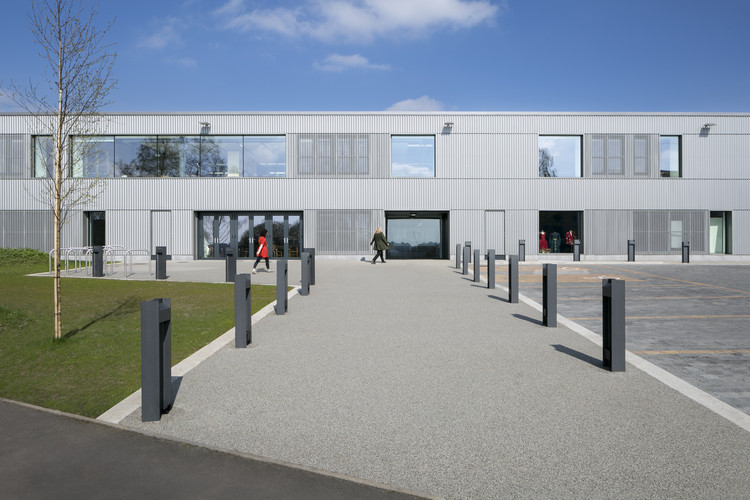 Text description provided by the architects. Hoskins Architects was commissioned to design the National Theatre of Scotland's headquarters, bringing together various departments previously scattered across several buildings. This new facility, Rockvilla, does not host public performances, but rather, is a creative engine room to facilitate the Company's commitment to performing to diverse geographic audiences, and their growth on both their national and international stage. The redevelopment of a disused industrial warehouse on the banks of the Forth & Clyde Canal provides: three rehearsal rooms of varying scales, a learning and community suite, wardrobe department, production workshop and technical store; plus office space and social areas.

The bringing together of previously disparate departments was a key tenet of the design. The decision to redevelop a previously disused industrial warehouse was in keeping with the desire for producing a ‘hard working’ building. This new facility creates an open atmosphere, stimulating a collaborative working environment in which the Company can thrive.

The retention of the existing structural frame of the warehouse generates a factory-like form, and the new sinusoidal-metal cladding enhances the industrial aesthetic, appropriate for the vision of a ‘creative factory’. The use of simple, robust and restrained materials and finishes internally (white walls and a polished concrete ground floor with an exposed services and existing and new steel structure) continues the raw aesthetic, while meeting the performance requirements of a modern theatre company.

An internal double-height atrium allows light deep into the plan, and creates a social space where the paths of full-time staff cross with each other, as well as the large number of temporary production-specific staff. Glazed internal screens further reinforce the connections between departments. The first floor open-plan office, featuring reclaimed gym hall floor, provides space for informal discussions and team working. The elevated location of the office rewards the desk-bound workers with panoramic views back over the canal to the city centre beyond.

In this location the National Theatre of Scotland are fueling the regeneration of a previously neglected area, which is fast becoming the city’s cultural quarter. Consideration of the wider impact of the development lead to the decision not have a physical boundary to the site, so that it becomes part of the route along the canal and provides a public access point to the canal.

The project has gone on to win a RIAS Award, a Scottish Design Award commendation, and the UK’s prestigious RIBA National Award. 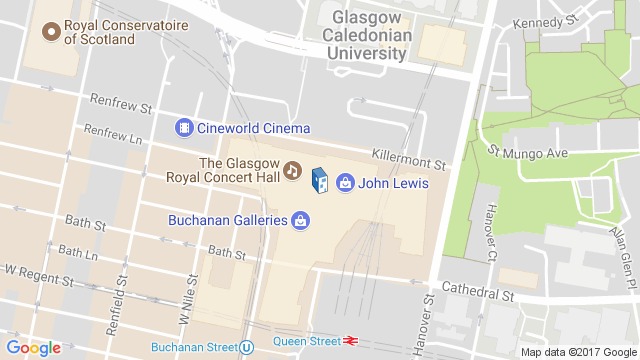 Location to be used only as a reference. It could indicate city/country but not exact address.
Share
Or
Copy
About this office
Hoskins Architects
Office
•••