Text description provided by the architects. This residential building, located in the city of Moreno in the outskirts of Buenos Aires, is among the first in a city block with recently updated zoning guidelines. In the present it operates independently and as the protagonist of its surroundings, but it will also fit perfectly into the urban fabric planned in the municipality´s vision.

• The building is composed of two volumes of one- and two-bedroom apartments. The front volume contain 2 small businesses on the ground floor.
• The nucleus of vertical circulation articulates the volumes and opens onto a central patio.
• The volumes are rotated to create ample central space, views and luminosity.
• The last floor has a double-height ceiling that creates a fluid connection between the terrace and apartment and, like a periscope, captures light for the service sector.
• The second facade folds inward on the top level and creates a semi-covered space.

The element “facade” works as a formal envelop, giving shape to the building; it has functional meaning, improving energy efficiency and creating a screen between the interiors and the street. A “new facade” emerges with thickness and the capacity to harbor different programs and propose new spatialities. It blurs the boundary between the interior and the exterior. It is constructed through the superposition of layers. Each adds functionality to the facade, from the interior furniture, to raw brick, to ornamentation .

While the facade fulfils programmatic, functional and esthetic roles, it also has phenomenological value. Sight is unhindered from the interior looking out, but gazes from the exterior are interrupted, in the tradition of the 16th century peruvian balcony. The second skin faces North, serving as a parasol and generating an intricate play of light and shadows that endows the interior with feeling. The second skin continues to the terrace, reading like a monolith from the street and generating an intermediate space that is neither interior nor exterior.

The facade is a manually-designed arabesque texture that is reminiscent of cursive penmanship. The drawing was plasma-cut into steel sheets and was later treated in a process of oxidation and fixation. The facade was crafted entirely in small-scale local workshops. 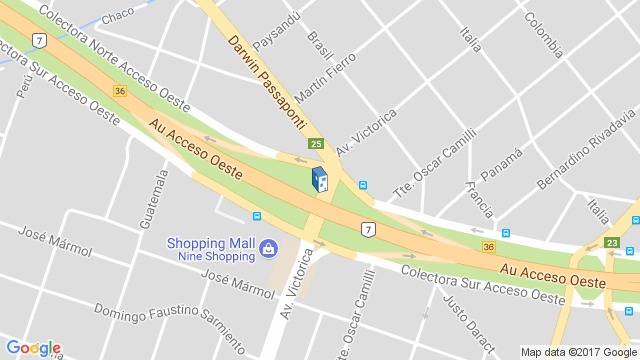 Location to be used only as a reference. It could indicate city/country but not exact address.
Share
Or
Copy
About this office
Ça Arquitectura
Office
••• 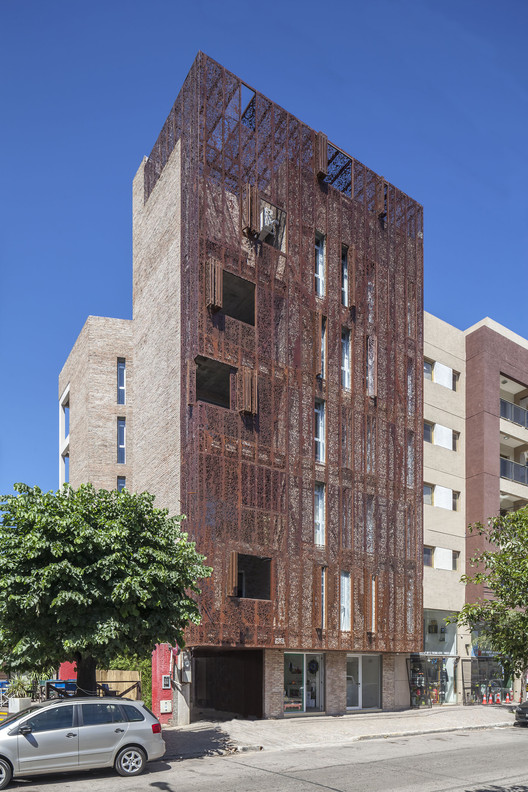