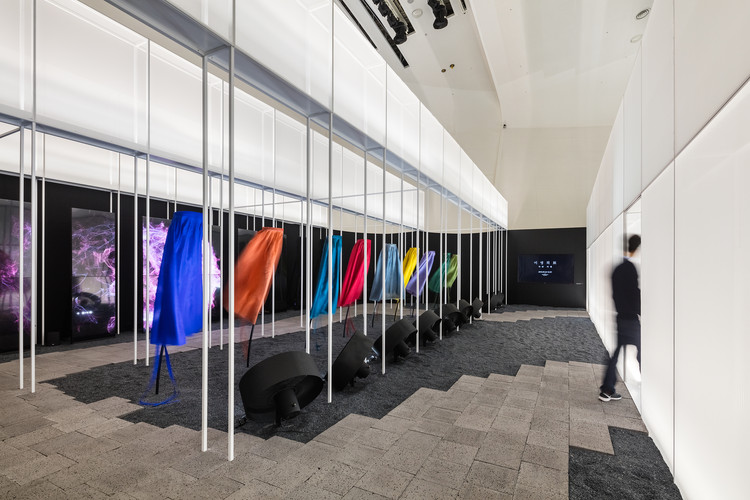 Text description provided by the architects. The Chinese character 韓, which Koreans pronounce as han, is often prefixed to words related to traditional cultural identity of the Korean nation. Think of hanbok (traditional garments), hanshik (Korean food), and hanok (traditional-style buildings), and you can see that han is synonymous with the traditional way of life that continues to shape Korean culture. Countless fashion designers, architects, artists, and other creative individuals still strive to understand, explore, and define what it means to be “Korean” in their respective arts and disciplines.

I was personally involved in this activity when I was put in charge of designing the space for a special exhibition entitled Baram-Baraem, by the celebrated hanbok designer LEE Younghee, last year. This was also when my interest in Korean concepts of boundary spaces grew. My goal was to create an exhibition space that would best capture and show the unique characteristics of hanbok. During the 10 months or so I worked on it, which began with the careful conceptualization and planning of the exhibition space, I searched around for new perspectives on the hanbok. The more I thought about the hanbok the more it struck me as both familiar and strange. I deliberately avoided falling into the trap of putting on a conventional fashion exhibition as often found in the United States and Europe. Yet I also wanted to avoid presenting hanbok in the highly stylized and almost taxidermy-like way – the way in which it is often displayed at museums and tourist folk villages across Korea. I wanted to find the most creative, formative, spatial and material elements that would best express the nature and value of the hanbok. In other words, I wanted to shed light on the potential of the hanbok from an architect’s perspective, based not on simple and familiar redisplay, but on reinterpretation. The main theme of the space was “The Versatility of the Clothes of Nature: Hanbok.” Nature stands opposite to planned order. Nature is unpredictable and free. Unlike Western attire, which values stylish looks over the wearer’s comfort, the hanbok takes after nature with an aesthetic style that is appreciated more when worn than seen. The “clothes of wind,” designed by LEE, captures the versatile form and structure of the hanbok in a particularly stylish way.

The clothes of win d are clothes that abandon tradition to give tradition new life. These clothes change their shapes according to the movements of the wearer, and return to a single plane when unfolded.   -   LEE Younghee

Many make the mistake of equating the Korean aesthetic with the tranquil and the static. In reality, the Korean sensibility is constantly changing, versatile, and dynamic. The hanbok and hanok both share and adaptability that welcomes the free movements of natural wind. Like the forests and building change their colors and looks dramatically from season to season. Traditional Western architecture has clearly defined rooms that are meant for specific functions. The daecheong-maru and the madang of hanok, by contrast, serve as space across which various functions and activities can flow and continue seamlessly. Both the hanbok and hanok feature open structures that admit ample wind and sunlight so that wearer and the inhabitant can fully experience the changes of the seasons.

The flexibility of the hanbok resides in the spaces between the sheets, the clothes, and the wearer’s body. The hanbok captures not only formative aesthetics, but also has a practical flexibility. Other types of attire worldwide emphasize the fit, but the hanbok uniquely prizes the space between the wearer’s skin and the clothes. This space gives far more room and freedom to the wearer’s body than, say, a well-tailored business suit does. The hanbok, in other words, values the psychological and physical comfort of the wearer above all else. The traditional hanbok skirt is not something you wear, in the typical sense of the word, but something you wrap around your body. Wrap this sheet of fabric around you body, and you can freely adjust its shape by tightening of putting a ribbon or belt around your chest, waist, or stomach. Like hanok, the hanbok boasts a unique balance of beauty and functionality. The airy spaces between the wearer’s body and the clothes enhance the adaptability temperature and humidity, as do the clay walls and paper windows of hanok. The spaces around the wearer’s joints minimize friction, while the intricate balance of straight lines and curves convey an aesthetic akin to the shape of the traditional rooftop of a hanok.

The central feature of the exhibition space for conveying the beauty of the hanbok, as I envisioned, were “walls” made of two layers of semi-translucent organza, which is a delicate silken material. The layers of the organza simulated the fog and clouds that hang over the landscape of mountains and forests or rural Korea. Similar to the fabric used to make the skirt of a hanbok, the walls of organza allowed visitors to glide in between them. Such translucent walls were a perfect backdrop for the variety of hanbok garments and pieces on display. Just as a hanbok skirt creates a natural space between itself and the body of the wearer, these organza walls invited visitors to truly feel and enjoy a sense of the roominess and flexibility of the hanbok. The labyrinthine route designed for visitors to take resembled the natural creases in the hanbok, naturally inviting multiple and diverse perspectives as visitors traversed the translucent organza-lined pathways, which gradually grew shorter toward the end. The hanbok on display were sorted and arranged according to color, shape, material, and translucence. Neutral colors, such as grey and charcoal, were important elements of this space to convey the flexibility of the hanbok. My semi-translucent walls caught a wide range of colors according to the changes and directions of light because I wanted to reflect the wide spectrum of colors of natural-dyed hanbok fabrics. Once visitors had toured the entire collection between the fabric walls, they ended up in an empty space resembling a madang, with a group of mannequins wearing pret-a-porter and haute couture. The vacant space was inspired by bojagi, the pieces of fabric Koreans traditionally used to wrap and carry things, and, like its inspiration, this space was versatile and for many uses. It was important not to overcrowd this area. I wanted an amorphous, versatile space in which the spirit of hanbok could be celebrated through various performances, hanbok-themed lectures, and workshops. When none of these activities were taking place, the empty space provided a great spot from which visitors could take in the entire view of the exhibition.

When naked, I become on with nature.
When clothed, I become part of culture.
It is the dream of owning both nature and culture that makes me wear the clothes of wind.   -   LEE Oyoung

We like to say clothes are our second skin. In this project, I envisioned hanbok as something encompassing not just clothing, but also useful spaces. It seemed fitting for such roomy, dynamic, and breathing garments to form the basis of the exhibition design for people to walk through. The spaces, folds, and translucence in between the layers of fabrics that make up hanbok reflect the wisdom of past generations of Koreans who sought to emulate nature. The paths throughout the exhibition space provide a panorama of the history of this remarkable traditional attire. With my design, the concept of hanbok was no longer confined to wearers but formed the surrounding exhibition space and filled it with flexible and free-flowing beauty. 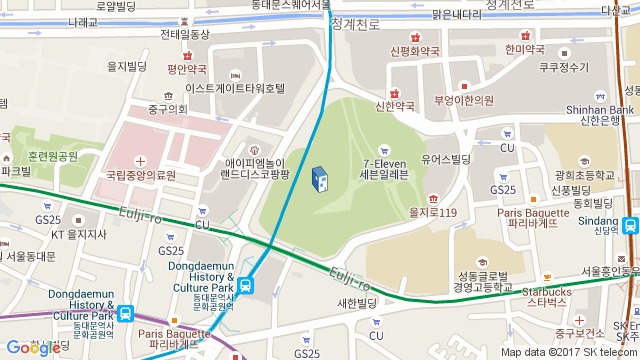 Location to be used only as a reference. It could indicate city/country but not exact address.
Share
Or
Copy
About this office
Farming Architecture
Office
••• 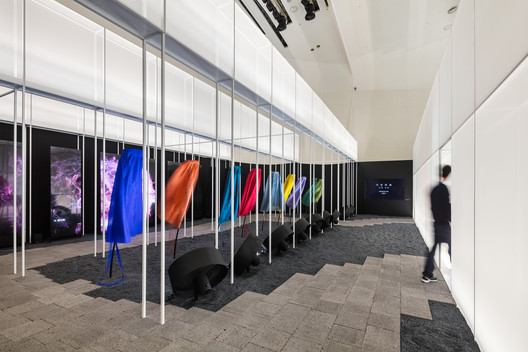