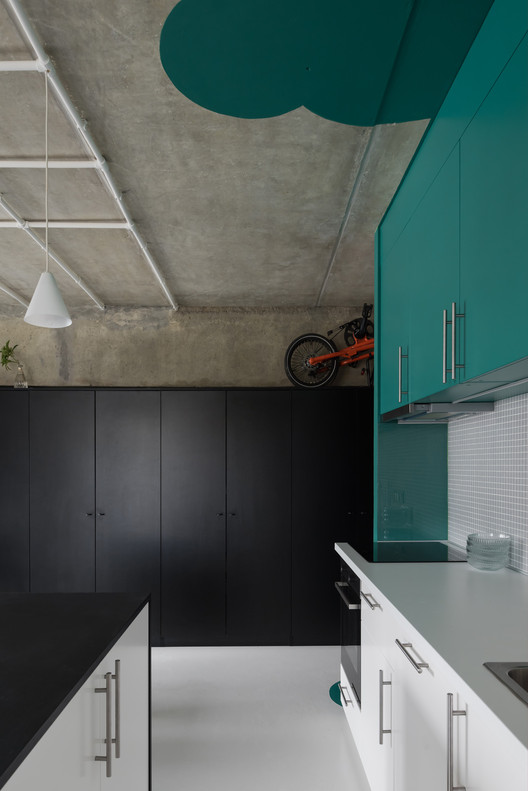 Text description provided by the architects. Our client spent her whole childhood in this apartment, and we were to make it Home for her and her husband. It makes a great difference between reconstructing an old apartment and working with a new one, where you should simply customize and personalize an empty box. In this project the space, originally, was not empty, but was full of memories and emotions. This is exactly the case when you are facing a dual task — you should keep the memories skipping some them and adding something new at the same time. A lot of our spatial decisions were based on this very idea of duality.

The composition of the apartment includes three main blocks which seem to fill one common space: a long black cabinet, kitchen island, and emerald block, including kitchen, bathroom, and bedroom. We deliberately faded out the borderlines between repaired and destroyed, between rooms and colors. The color filling the bedroom spreads farther beyond its space borders. The color borders of the emerald block could be clearly marked, but instead they spread blurring the space borders.

The white color of the floor, which, in some way, reflects everything happening in the room, comes over the wall slowly vanishing and uncovering a plain ceiling that has been here since the very beginning, thus, linking this new Home with memories of the past. The black cabinet, filling the whole space of the living room, and the black kitchen island present the clearly bordered blocks. However the cabinet, being reflected in the mirror of the hallway, seems to be quite endless. Another theme of the apartment is presented by transparent scribed grid applied to the new space painted by chairs, armchairs, bathroom window, and ceiling fitting wires covered by white tubes. The grid of the tile is changeable itself and sparkles with different colors. Some items from the old house — cut-glass ware and some pieces of furniture stuffed with memories — are whispering about something important. But we can’t say anything about it — this story is not ours. 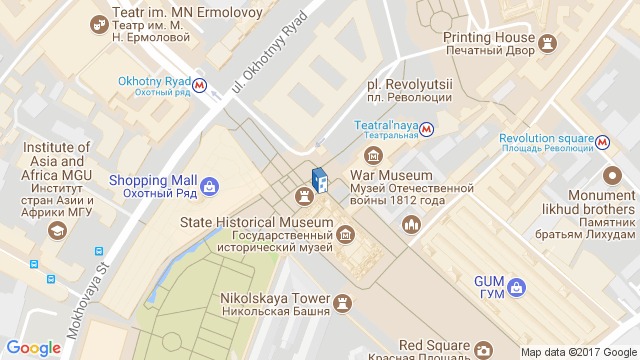