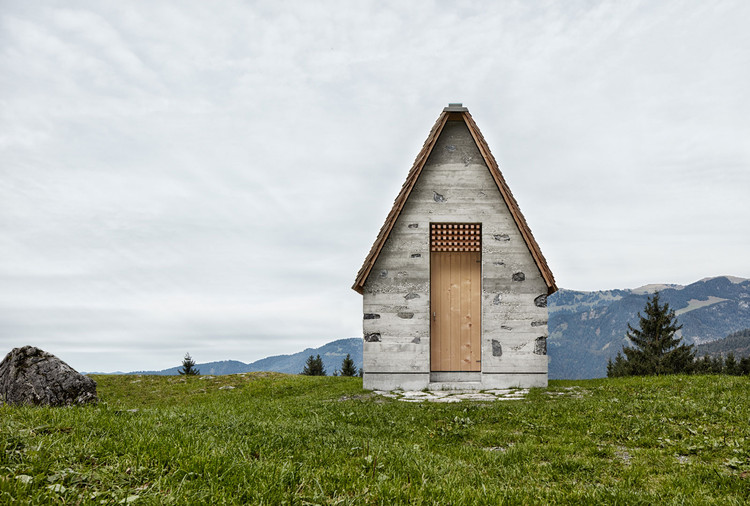 Text description provided by the architects. In the Bregenzerwald, an alpine valley in Western Austria, transhumance is still the commonly practised form of farming: Livestock is driven to graze on mountain pastures in the warmer months. The lower ones of these pastures are called Vorsäß while the higher ones, used in the warmest summer months, are called Alpe.

Wirmboden is a Vorsäß at the foot of the steep north face of the valley’s Kanisfluh mountain, owned and managed by a collective of farmers. Almost every Vorsäß has its own little chapel or at least some designated space for the celebration of masses and the traditional consecration of the farmers and their livestock.

For 32 years there was a little chapel at Wirmboden, but in 2012, the chapel and several huts were destroyed by an avalanche. While it was clear from the beginning that the huts would be rebuilt, it was more challenging to find a consensus on the construction of a new chapel. With the client being a collective of farmers, each with their own, differing opinion, the difficulties were not so much of architectural but rather of interpersonal nature. Finding a solution that would make everyone happy seemed impossible in the beginning.

So what we see now at Wirmboden is a symbol for the collective spirit of this very diverse group of people. It was them who negotiated, conceived, planned, and eventually built this chapel over the course of three years – that’s 6 months for every square meter of floor space in the building. Today, the mountain chapel complements the ensemble of alpine huts most naturally; it became the place where neighbours meet casually, where gatherings and celebrations are held, where people come to take a moment and pray.

The simple, basic outline of the new chapel refers to the most original form of sacred buildings and highlights the characteristics of this special place and its use. According to tradition, the walls are made from stones collected around the place and tamped concrete.

With its simple and humble interior, the chapel is first and foremost a place of commemoration and reflection. Diffuse daylight falls through an opening in the roof ridge in blasted stainless steel to play with the light blue altar window, creating an ethereal, contemplative atmosphere. Memorial photo cards are placed in the narrow spaces between rafters, commemorating loved ones of the Wirmboden people. Entrance, truss and the bell space above the entrance are made from German spruce (sometimes called hazel spruce), a type of wood that is normally used for violins and guitars for its special acoustic qualities.

Thanks to practical contributions by almost every single member of the Wirmboden collective, the new chapel was built without any help from third parties. Everyone’s participation made possible what seemed impossible in the beginning - making (almost) everyone happy with the result: A gem in the mountains. 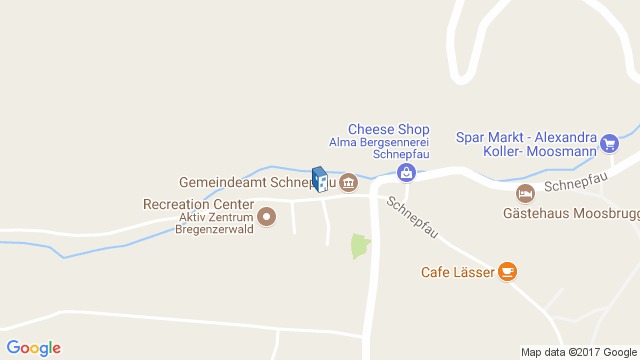 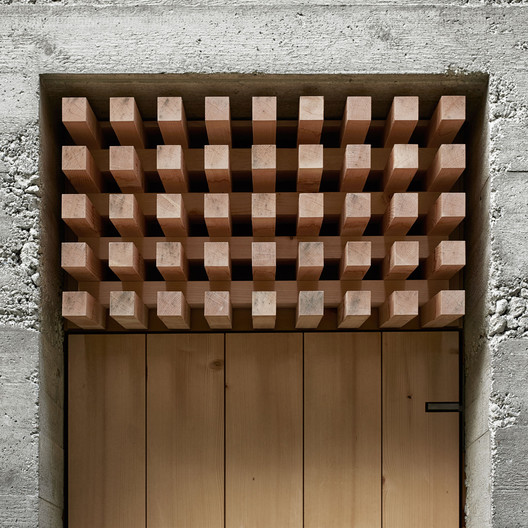 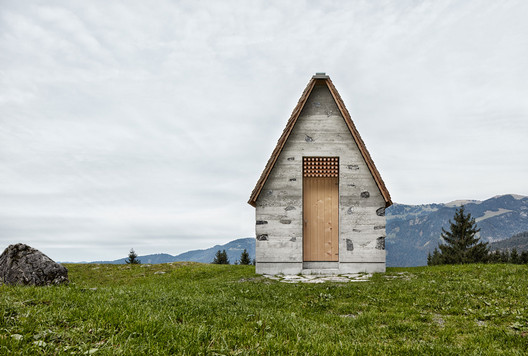