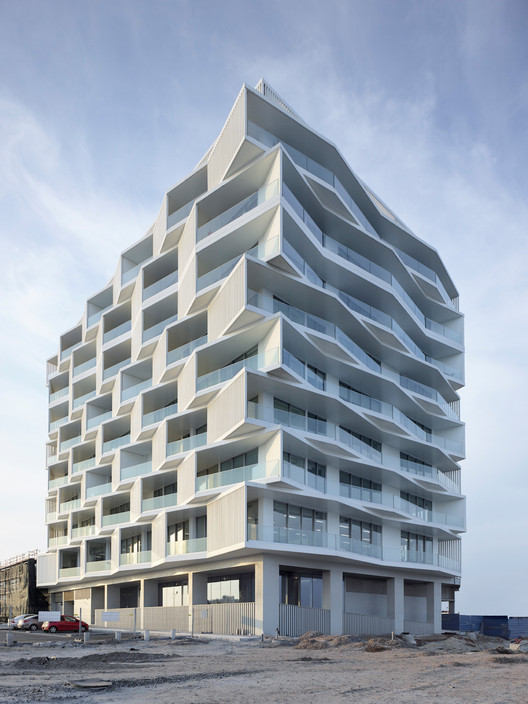 Text description provided by the architects. The urban border of Luanda bay has been continued to Cape Island, remote origin of the city and, for a long time, local fishing community and Luanda recreational point. The new landfills on the island’s inner front give it a new urbanity, amongst the unobstructed views of the city center.

The Dyeji Building is located in one of the most central blocks of Parcel 3 of the new embankments, between a set of 57 lots (from the Hotel Marinha to the Nautical Club), in the zone of greater narrowing of the Island. Altough conditioned by the respective plan, it responds to a housing program and some tertiary, enhances the privileged visual exposure and, above all, seeks to help build the new front of the Island.

The 8 floors of 28 apartments are built from the basement of the gallery, which is fluido ver the surrounding area and is destined to a tertiary (shops and offices). The functional rationality of the apartments is complemented by bellows fronts, which are very vibrant, resulting from the overlap of floors and expressive capacity of the angled balances of the reinforced concrete structure. Thus, on each floor, a very glassy facade is allowed on the landscape, which, when distended on terraces with brises-soleil, ensures environmental and exterior meditation of living, and accentuates the building expression.

On the whole, there is a desire to have a strong urban presence on the new horizon of Cape Island and, above all, to make a city. 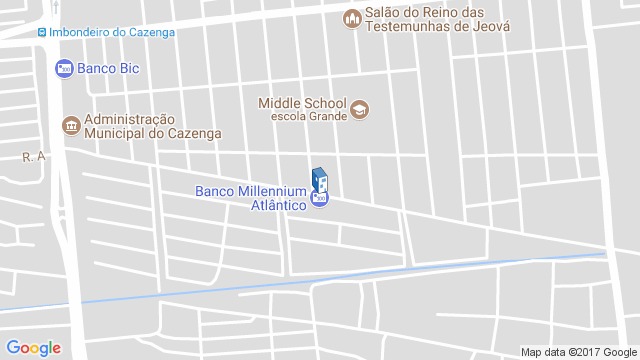 Location to be used only as a reference. It could indicate city/country but not exact address.
Share
Or
Copy
About this office
Costa Lopes
Office
•••