Save
Black Concrete: How Attilio Panzeri Creates Contrast with a Specialized Recipe
Share
Or
Copy

What makes the color black so enticing for architects? Projects made in black concrete are both striking and complex in their design and are gaining widespread appeal in contemporary projects, both public and private. What we don’t know is just how hard it is to create black concrete in the first place. We spoke with Attilio Panzeri & Partners who have mastered the craft - and here’s what we learned: 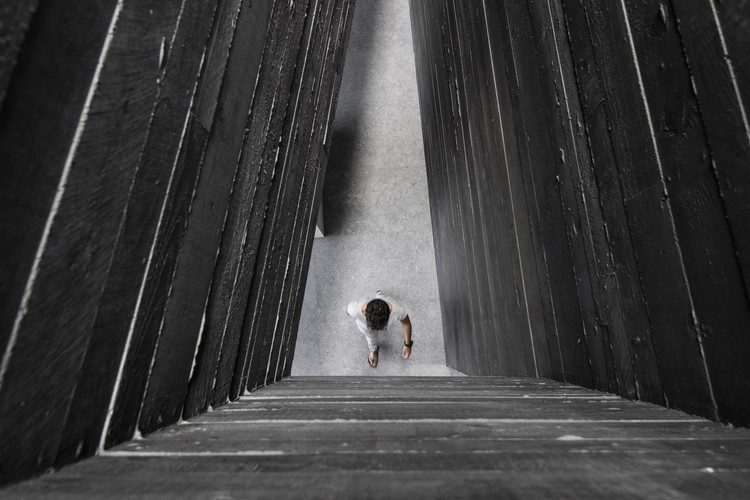 “Color is deeply tied to a surface’s properties; a rough surface exalts tonality, smooth ones produce an inverse effect,” says architect Attilio Panzeri, who has been quietly developing his craft of black concrete for years now. Tucked away in Lugano, Switzerland, Attilio Panzeri & Partners has a growing family of projects built using black concrete as the key material. “After years of playing with the composition of concrete mixtures, their treatment and textures we decided to alter a component which has insofar seemingly remained relatively unchanged in the widespread use of concrete; its pigmentation.”

The complexity of achieving a uniform and rich-toned black is real: The concrete under question results after years of experiments and tests collaborating with many material specialists, including concrete experts, structural and chemical engineers. The final pigmentation varies from project to project, and all of Panzeri’s materials are treated with a unique concrete finish, using timber formwork to create a natural texture.

Unlike traditional pale concrete pigments, its unconventional blackness becomes the canvas from which to create contrasts with other surfaces. Black is the absence of color; a canvas to which to add colour. An addition also of surfaces, material or textures in a backdrop that is already cozy and intimate in the mitigation of light – Attilio Panzeri.

The process is broken down into four parts: Pigmentation, vibrating the concrete, casting the concrete using timber formwork and finishing the surface. Read on for the breakdown:

Before prototype walls are even made, getting the color right is key. Each pigment is unique to every building Attilio Panzeri builds, with a custom mixture of black made from scratch every time. Pigmentation tests are conducted in order to determine the right chemical compound ratios of the ingredients used to give the concrete its characteristic black shade. The variety of compounds needed to darken the concrete samples is laboratory-like: oxidized metals including Iron Oxide Black, and carbon oxide combined with Pozzolanic cement (a volcanic material extracted from Pozzuoli, Italy since antiquity, - known for its resistance to chemical applications and darkness).

Vibrating the concrete allows its components to liquefy, reducing the friction between components of aggregate, water, cement and pigment, and eliminating any air bubbles. In short: it is structurally important for the concrete to be distributed evenly when it’s cast, and allows the architects to play with the “grain” of the black concrete before it has to carry the loads of building walls and floors. By not vibrating the concrete, it becomes brittle and settles unevenly, risking structural failures. The aggregate settles unevenly and becomes visually present – like these tests below:

The formwork within which the concrete is cast is “the face of the finish” – the relief that is left behind. In this case, wood is used to create a more natural texture that counteracts the artificiality of the concrete mixture. It is important to consider grain size, type, finish, format, orientation, the treatment of the wood itself and even its coating (which all interact with the resting concrete). These not only define the surface texture of the concrete but also its final coloration, opacity, reflectivity, and tone - despite the mixture already being pigmented black. The light that falls on the surface of the walls gets dispersed through the texture the wood relief brings – bringing that cozy, intimate atmosphere.

The refined quality of the concrete’s surface allows for us to treat the projects volume as a solid to excavate, whereby the qualities of its surface remain equally appropriate for an exterior as well as interior – Attilio Panzeri.

After the formwork is removed, a lot of wood grain remains stuck to the cast concrete. The leftover residue is almost entirely removed by hand with special sponges that scratch off all wood fragments without damaging the concrete’s surface. A waterproofing treatment is added to make the concrete impermeable and protect its structure. The water treatments can either be transparent or tonal, adding a final layer of depth to the black concrete surface, and a final degree of complexity to the materials craftsmanship.

When paired with different materials of similar color families the results are striking:

A post shared by Attilio Panzeri Architect (@attiliopanzeriarchitect) on Jun 19, 2017 at 2:46am PDT

A post shared by Attilio Panzeri Architect (@attiliopanzeriarchitect) on Jun 21, 2017 at 3:11am PDT

The true power of the material is culminated when complemented with other materials, highlighting moments of dramatic or subtle contrast gently accompanied by lighting. Namely, stones, woods and other refined materials.

33 From the architect. We we're called upon to project this villa which rises out of an enchanting little corner, on the hills that pose as the crown of Lugano, a Swiss-Italian city which boasts a breathtaking view stretching from the Lugano Lake itself, to the mountains of high Capriasca. 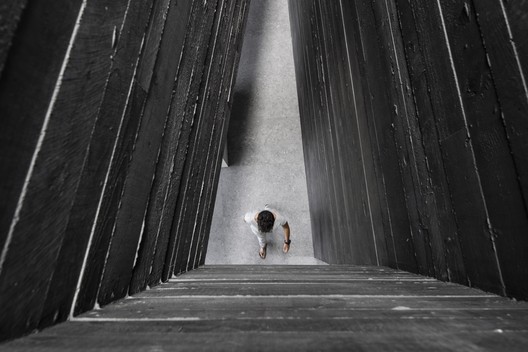