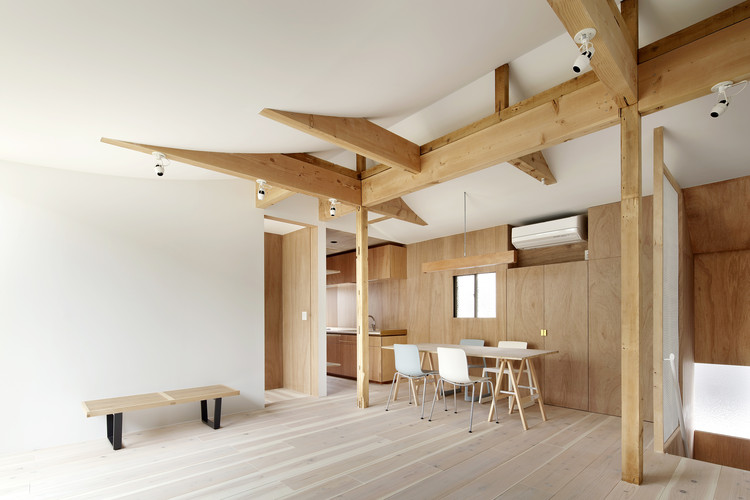 Text description provided by the architects. This is an interior renovation project of an existing two-story timber structure house in Tokyo built approximately 40 years ago. The client is a young couple, and the wife’s parents were living there before the renovation. The client decided to live with their parents in this house. Soon after, the wife’s grandmother who lives alone in the countryside – far from Tokyo – also decided to live together in this house. As such, the client requested to renovate the house suitable for accommodating 4 generations - the grandmother (1st generation), parents (2nd generation), the client (3rd generation), the client's son (4th generation).

While the daily behavior patterns of the each family member is different, creating a space to promote connection between all generations living under one roof became a major focus.

Moreover, we found the existing rooms were split into smaller functions and as such, they were not open to the outside environment nor to each other, leading to poor daylight and natural ventilation. Having these issues in mind, we decided that improving the quality of the space, daylighting and ventilation were also essential to the renovation.

Firstly, we carefully studied the arrangement of the private rooms to take full advantage of existing windows thus maximizing natural daylight and ventilation. The remaining spaces were designated as “shared space”; spaces open to all family members and planned in each floor with utilities. The private rooms are also exchangeable among the members so as to enhance communication between generations; similar to a share-house lifestyle. The nature of “share” in the shared spaces was consciously enhanced by making the connection with the outside, such as directly connecting the entrance space to the “shared space” and installing a large window in the “shared space”.

As a result of such studies, some columns were deemed redundant and thus removable (total 20 columns were removed), providing an opportunity to create open spaces free of columns.

The ceiling of the shared space on the second floor is catenary shaped - enhancing a natural connection to the outside and maximizing the diffusion of the natural lighting into the space. The catenary-shaped ceiling gently envelopes all 4 generations of families who ultimately enjoy living in a space abundant of natural lighting and ventilation. 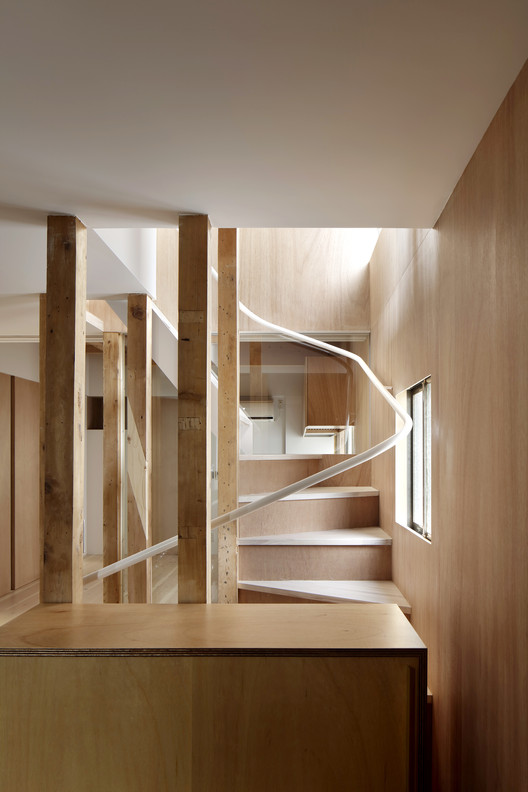 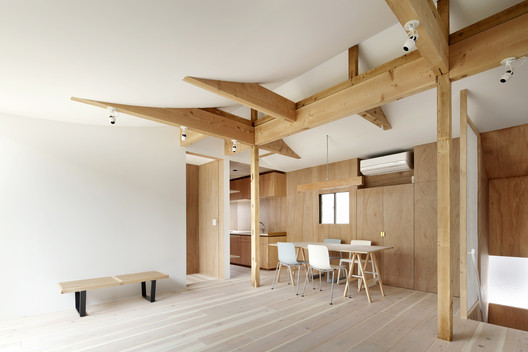