Diller Scofidio + Renfro has revealed designs for the Juilliard School’s first overseas campus as the project breaks ground in Tianjin, China. One of the world’s foremost performing arts schools, Juillard had previously tapped DS+R for the design of their New York City campus.

Located within the Yujiapu Pilot Free Trade Zone, the Tianjin Juilliard School will become a center for performance, practice and research, and will welcome in the public with a series of communal spaces and interactive exhibitions focused on the creative process and performance of music. Upon completion, the campus will serve as an international hub for artists to learn and meet, as well as become the first performing arts institution in the country to offer a US-accredited master’s degree. 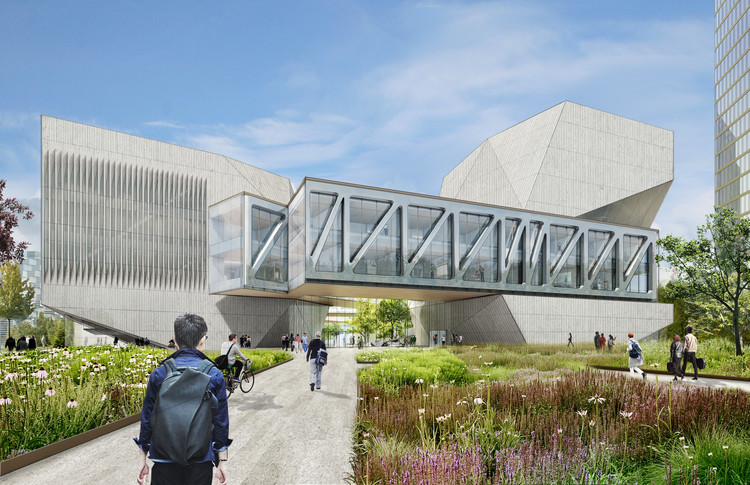 “In planning this new facility, we wanted to capture the spirit of Tianjin while creating an architectural connection to Juilliard’s home campus in New York City,” said Charles Renfro, Partner-in-charge at Diller Scofidio + Renfro.

The school will take the form of four, programmatically-organized masonry volumes containing the main concert hall, a recital hall, a black box theater, and a music library. These pavilions will be connected by a series of bridges housing the school’s classrooms and practice facilities.

In the center of the complex, glass roofs will span between the bridges to create an open-air lobby that connects seamlessly to the surrounding park. Publicly-accessible green roofs and a rooftop terrace will further encourage visitors to the site, as well as provide views of the nearby Hai River.

The campus will also be located adjacent to Tianjin’s new high-speed rail hub, allowing commuting students and visitors alike to reach the school in just one hour from Beijing’s South Rail Station. The school is scheduled to open in 2019.

10 From the architect. This seems to be a very good year for Diller Scofidio + Renfro: The opening of The Highline (a project in collaboration with Field Operations), the competition for the Audio and Image Museum in Brazil, the Creative Arts Center at Brown, the Alice Tully Hall at the Lincoln Center in New York...

Diller Scofidio + Renfro (DS+R) has been selected to design the new Tianjin Juilliard School. The same practice that expanded Juilliard's New York home in 2009, DS+R plans to build the new facility in Tianjin by 2018. The project has already received preliminary approval of a graduate degree program from China 's Ministry of Education. 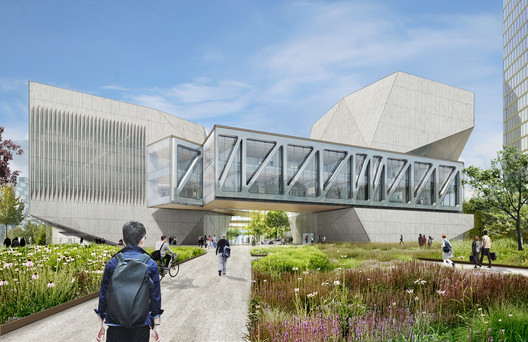