Save
FULTON – A5 A1 / Agence Bernard Bühler 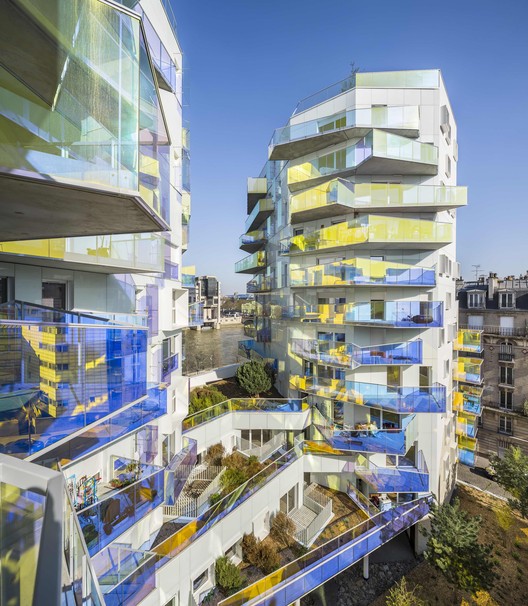 Text description provided by the architects. ICF La Sablière owns the Fulton block, located in the 13th arrondissement of Paris, on the banks of the Seine. The existing real estate complex known as "Fulton" was built in the 1950s by architect Daniel Michelin and is occupied by 133 dwellings. The site benefits from a very beautiful location, clear, in front of the seine, near the bridge of Bercy in the East and the museum of fashion and design at the West, a contemporary building realized by the architects Jakob + Macfarlane.

The building is located on the Quai d'Austerlitz and marks the corner of Fulton and Bellièvre streets. The operation comprises 87 social housing units, 2 shops on the ground floor, 30 parking spaces in the basement and a garden in the heart of the lot.

The garden marks between the two towers a breach enter the East / West, based on the urban study, and is extended by a set of terraces until the RDC.

The operation is consists of a base superimposed by two towers of 11 floors separated by an urban breach. This plinth consolidating the project an a way alive along the Quai d'Austerlitz thanks to the presence of a projecting large commercial showcase. This screen offers a good visibility to the activities that it welcomes. This block to be extricating itself from the concrete base. It thus creates two accesses to the shops in continuity of a wide pedestrian area.

The operation is part of a logic of strong urban structuring. The two towers of flats mark the corners of Fulton / Bellièvre streets with the Quai d'Austerlitz. On the other hand, these two emergences are separated by a void that seems to be dug between the buildings. The breach created offers a perspective from the heart of the parcel to the Seine and, conversely, from the Quai d'Austerlitz, it gives to read the third floor landscape and vegetated depth of the Fulton block.

From the outside, the dwellings are defined by generous balconies oriented towards the Seine that wind in the fault around the 2 buildings. Thus, each accommodation offers a view of the Seine but also on the garden in "heart of ilot". The double or triple-oriented units provide luminous quality and a significant amount of solar energy for the comfort of use.

The railing of the balconies are in dichroic glass. That is to say that depending on the orientation, the angle of view, a color will appear appearing from blue to yellow, going through the green. The particularity of this glazing also allows to protect the interior of the balconies. Thus, the tenant may be on his balcony without being seen, protected by the color of the glazing. 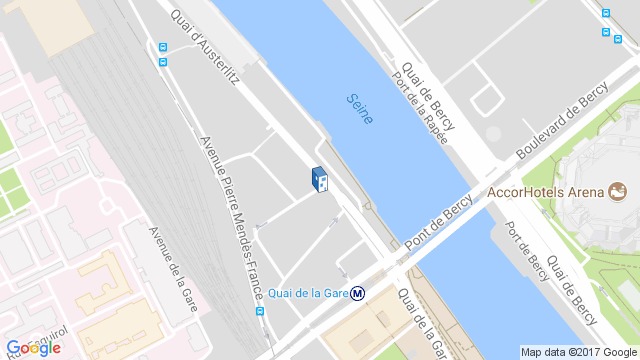 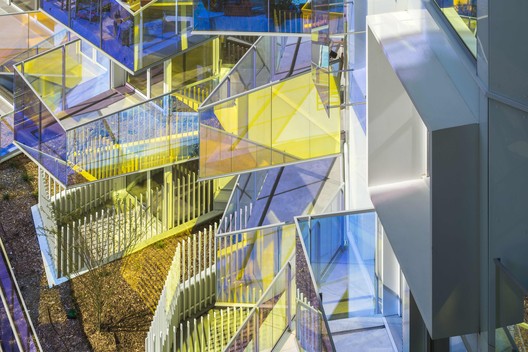