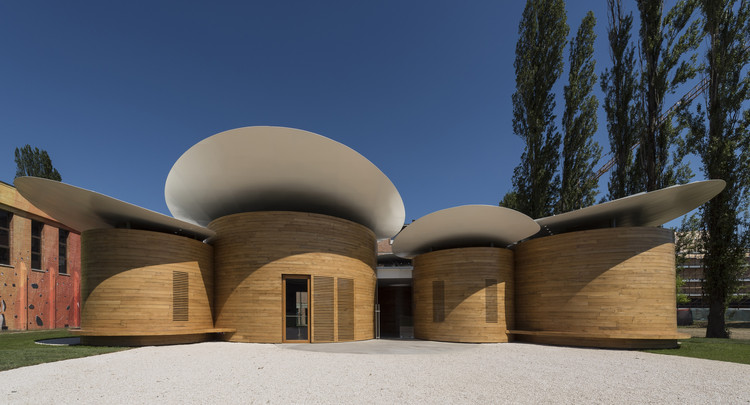 Text description provided by the architects. The House of Music of Pieve di Cento was born out of the desire to create structures and spaces suitable for two programs: concert promotion and musical teaching in the municipality: the Music Society of Pieve and a Middle School with musical emphasis.

The architectural language is inspired by the musical tradition rooted in the city, resulting in a building comprising various independent elements, not unlike the “instruments" in an orchestra which collectively enhance the whole. The reference to musical instruments is also achieved through the choice of oak wood paneling, which wraps exterior and interior and permits - as in the bodies of the instruments - the containment and amplification of sound.

The building consists of 9 small circular music laboratories, linked by a "piazza" that acts as a distribution space and becomes a place for sharing and dialogue among young musicians. This central area is also intended for ensemble music and small rehearsals.

The House of Music is located in a portion of the former Lamborghini manufacturing area which, after careful restoration with the help of the municipality, has been renovated and transformed into a leisure park. The site is reached by a bicycle path that connects it to the city center and the new expansion district south of the historic center, while a curvilinear wooden bench runs around the building and creates resting and restorative places facing the park. The House of Music thus becomes a space that can be used at any time of the day: a gathering space for the community, not only those in the music field. Illuminated externally, at night, the House of Music appears to the people as a constant and comforting "lantern" to encourage the resumption of musical and recreational activities in the aftemath of the earthquake.

The buildings have load-bearing masonry structure, useful for its high thermal inertia and a sound insulation. The ventilated facade cladding, formed with curved oak slats, guarantees excellent energy performance and gives the building a striking architectural quality. The design pays particular attention to the acoustics of interior spaces through materials and strategies for reducing reverb. An autonomous system for each classroom guarantees flexible use of spaces at all hours of the day. 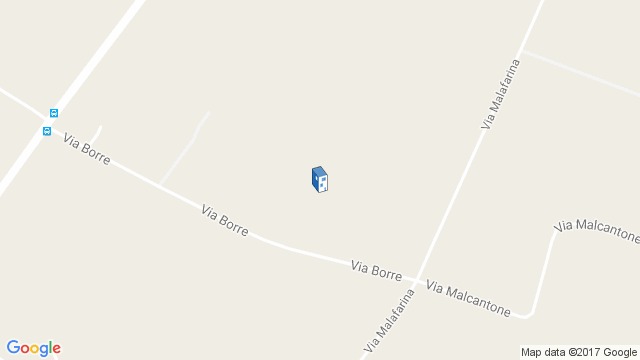 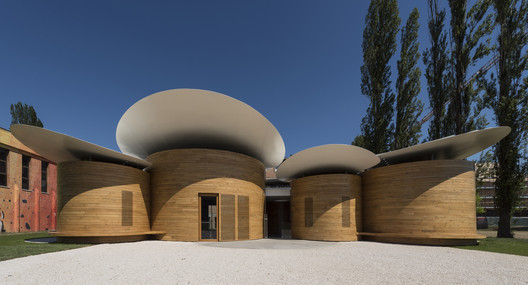