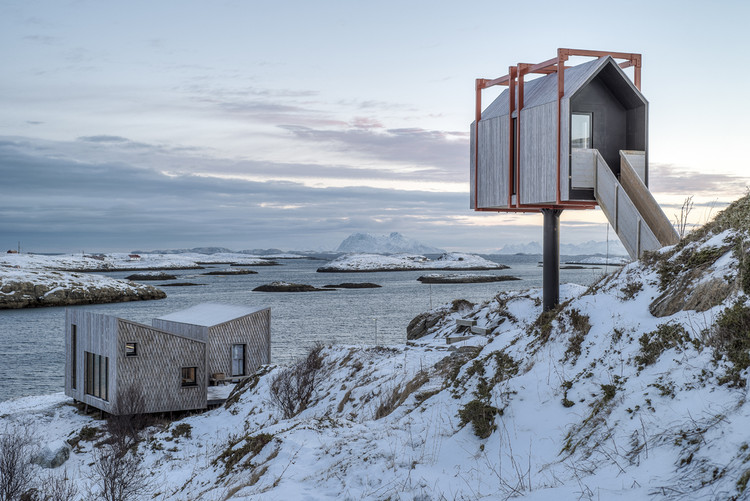 Serenity, Sea Air and Sensitivity
Working in a picturesque island with the majestic Lofoten mountain chain as a backdrop may sound like a dream scenario for any architect. There are still significant challenges facing a project of this scope in such a finite location. At first sight, Fleinvær may appear rough, windswept and weather beaten. At the same time the small isle has a less obvious fragility to it.

“Given the context of the project, we felt it natural to invite Sami Rintala and his office Rintala Eggertsson Architects to join the team. He has impressive experience in this scale of work, and a unique capacity for practical, architectural fieldwork in rough conditions. We felt safer when he agreed to take part,” says Andreas Grøntvedt-Gjertsen from TYIN tegnestue architects.

The quartet became a quintet, and the practical work could begin. A preliminary step was partitioning the project in to several smaller milestones. The building site was subjected to a thorough three-dimensional scan, conducted in corporation with architecture students from NTNU (Norwegian University of Science and Technology). This gave a full overview of the lot, instrumental in guiding the further development of the project. A modest interference with the ground stood out as an important principle for the building process. Moss and other terrestrial vegetation contribute to the natural splendour of Fleinvær. If torn during building, it will need decades to grow back. The isle is also a nesting area for gulls and seabirds. The concern for the natural surroundings is reflected in the small building volumes and their careful adaptation to the terrain. The project’s modest contact with the ground level also makes removal of the buildings possible, without extensive damage to the natural environment.

“We have taken care to inflict as few wounds as possible on Fleinvær. We achieve this in part by making good pathways, spaces between the houses, and a common fireplace. This steers traffic away from the isles more sensitive areas,” explains Sami Rintala.

Logistics and Architectural Logics
TYIN tegnestue and Rintala Eggertsson architects worked in close conjunction during the idea phase of the project. The buildings have ended up in their final forms through an open process, where contributions from students and volunteer workers have been instrumental. The sauna is located by the seaside, and is the first part of the workspace visible to visitors arriving by boat. A former waiting room in the old docks has been refurbished to accommodate overnight guests, and it holds sanitary functions. Further upward through the project are four small sleeping units. Two of these are short and wide with twin beds. The other two, taller and narrower, each contains two bunk beds. A pathway leads through these lodges and into the heart of the Immersion Room; the concert room and the canteen.

“The foundations are minimalized, and consist of steel columns curved at 15 degrees angles. We found that at this particular angle, they hit the ground well regardless, given the possibility of height-wise adaptations to the terrain. In this way we were able to achieve precise pointed foundations without major interference with the ground,” says Yashar Hanstad of TYIN tegnestue,

Raising this building from the ground creates an interesting room beneath it, fully visible from the main pathway. Its facades are clad in leftover materials from the other buildings. This is not only a way of fully utilizing materials, but also a practical adjustment to building in a location where logistics are a challenge.

“Normally easy things like food access and material availability become harder in an isolated working context. That is the downside. Then, there are the upsides. Picturesque and peaceful isolation from unnecessary information and redundant objects we surround ourselves with in everyday life,” says Rintala.

The buildings in the heart of the Immersion Room are mono-functional, with the concert room on one side and the canteen to the other. One building is withdrawn relative to the other. This gives the canteen a larger outdoor space toward the seaside, while the concert room has its outdoor space toward the pathway from the sleeping modules. This creates a natural amphi in front. The workspace “njalla” houses the projects room of reflection. This is a modern interpretation of the Sami people’s traditional storehouse, the njalla. The Sami njalla is built on the trunk of a chopped tree. This is doubly fitting for the Immersion Rooms, since it both maintains the desired light touch with the ground while also paying respect to the civil engineering history of Northern Norway. The njalla is enclosed in a steel skeleton, premade in Trondheim by Waaberg and NTNU-students. Sitting atop a pillar, it has a breath taking view of the Norwegian Sea. The reflection room inspires feelings of freedom and isolation. 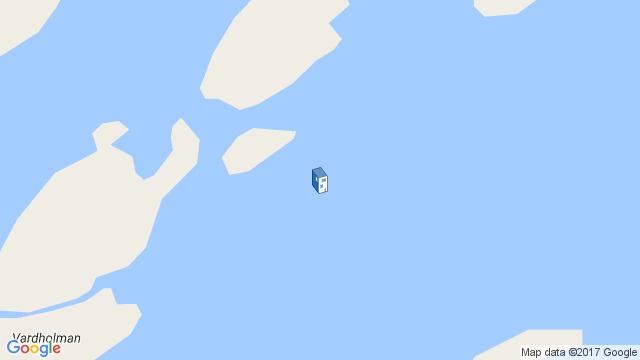 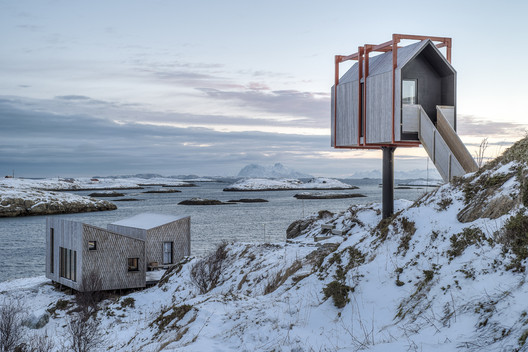