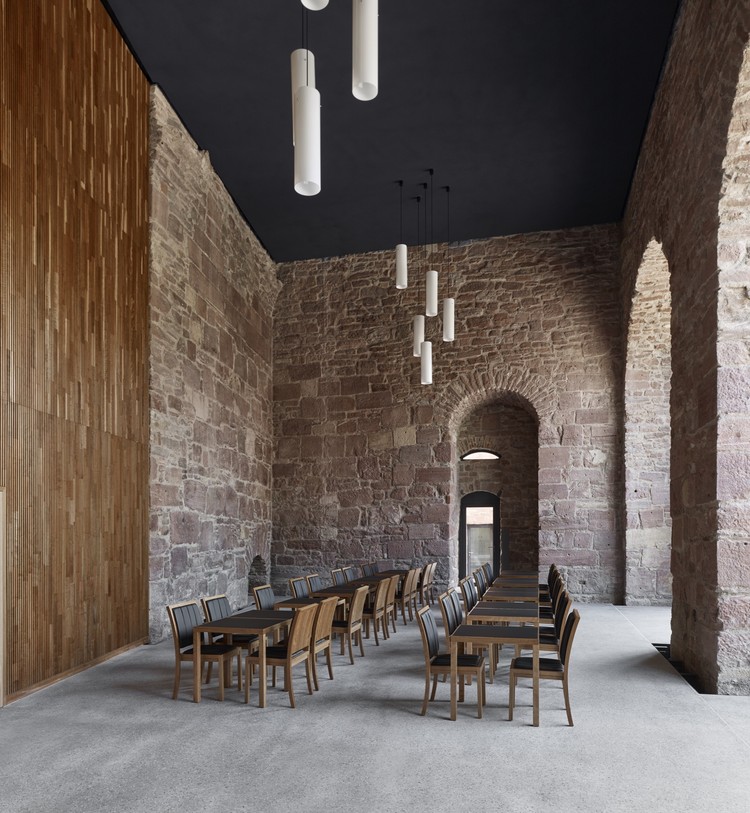 Text description provided by the architects. Following its transformation into a visitors’ restaurant, Heidelberg Castle’s historical Sattelkammer (tack room) can once again be experienced in its original dimensions. Max Dudler has restored the space to its original size and created a reception area worthy of the castle. The ceremonial opening took place on 18 April 2017.

Heidelberg Castle is one of the most important Renaissance buildings north of the Alps. With more than one million visitors a year, it is one of the most popular tourist destinations in Germany: a quintessentially German scene that leaves a lasting impression on its many foreign visitors. With his new concept for the Sattelkammer, adjacent to the new visitor centre that opened in 2012, Max Dudler has completed another important component of the ensemble at the entrance to the castle and garden. Dudler’s concept and design for the ensemble surrounding the entrance path, flanked by the Sattelkammer, the visitor centre and the gardener’s lodge, won the architectural competition for the project in May 2009.

The Sattelkammer, built during the reign of Frederick V, backs onto a retaining wall of the castle gardens (Hortus Palatinus), dating from the 13th century. Remarkable features of the old building, in addition to its two-meter-thick sandstone walls and large window openings, include its size – the interior has a volume of approx. 27 x 12 x 9 meters – and its prominent position at the entrance. The building forms an axis with the gatehouse, through which the visitors enter the courtyard. Max Dudler’s intervention restores the emphasis on the building’s dimensions and orientation. Following its restoration according to the specifications for monument preservation, the room’s expansiveness can once again be experienced in its entirety. The interior was completely freed of all additions from the 1980s. Secondary functions are accommodated in the tower-like addition and a niche in the rear wall. A full-length acoustic wall panel of cherry wood clads the niche. The lamellae design, like the acoustic ceiling, is clearly a contemporary intervention. A simple terrazzo stone was selected for the floor. The limited number of materials – sandstone masonry, wood, terrazzo – underscores the dignified simplicity of the rectangular space. The existing roof was replaced by a three-part, zinc-plated roof, which reflects the tripartite division of the building.

The interior houses a restaurant. The furniture – tables, chairs and bar – were also designed by Max Dudler. One of the historic window openings allows for street sales in the summer. Kitchen, storage and building technology are housed in the tower-like side room; the toilets and ventilation system are in the niche behind the wooden wall. The outdoor area, also furnished with tables, was designed by the landscaping firm, TDB Landschaftsarchitektur. The small area between the Sattelkammer and the visitor centre unites two structures aesthetically and functionally. The stone ensemble at the entrance thus forms a harmonious prelude to the castle

Castles and fortresses are a recurring focus of Max Dudler’s architectural work. His designs for Heidelberg Castle, Hambach Castle and Sparrenburg Castle in Bielefeld testify to an intense architectural debate with the historical structures and locations. 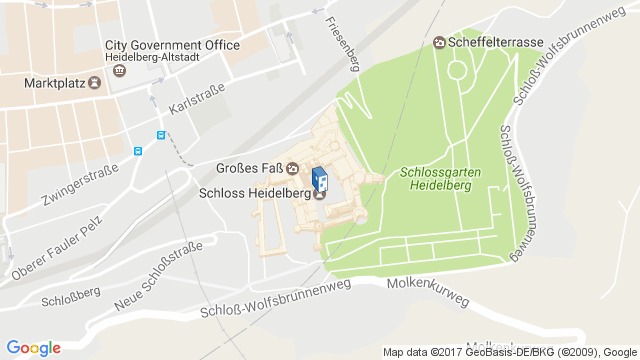 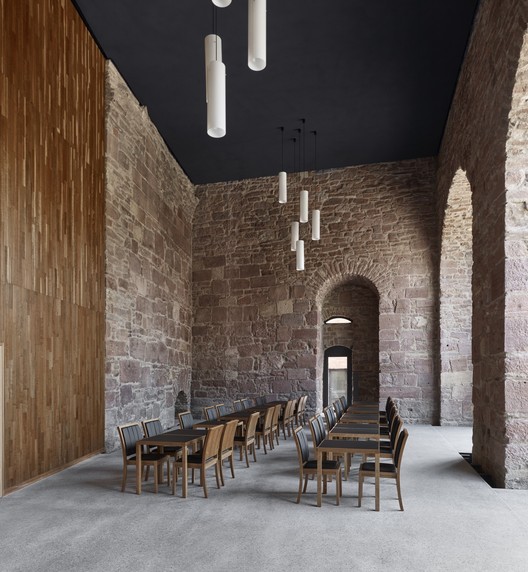