Text description provided by the architects. During May 2013, Paragon Architects was appointed as the Architects of a new Corporate Office on 50 Katherine Street in Sandton, Johannesburg, South Africa. In 2014 Paragon Interface won the invited competition for Interior Architecture and Space Planning.

Sasol is a very large multinational Petrochemical Company with a wide variety of business units and activities in South Africa and abroad. This building was to replace their current occupation of 14 buildings around Johannesburg, and unify the Sasol corporate culture. Sasol had grown rapidly over the last two decades and had never occupied a single building with all of its Johannesburg based business units. As a result this was much more than just a structure. The building needed to reflect the mores of the company, respond to the site, and react to developments in architectural software and sustainable design. The Interior Architecture needed to accommodate over 3000 previously dispersed staff in a single building allowing for a consolidation of company values and work place design.

Their logo which encapsulates their values, provided the departure point for the conceptual design of the building. Combined with Paragon’s pursuit of architectural design technology and developments in material development the building combined an approach to Sustainable Design.

This approach proved to be very successful in presentations to the tenant, but it was ultimately the architecture that won the commission. A central core of circulation and services ties the building together and the various areas are linked by a series of bridges. A major challenge was the site which is on a curving edge of Katherine Street, and to ensure a large building of 130000m2 (lettable area: 68000m2) could be accommodated and well connected both vertically and horizontally. The building can accommodate up to 7500 people.

The building was modeled to respond appropriately to the widely used glazed envelope and the impact of natural light internally. The ground podium was widely planted with indigenous plants to encourage birdlife and butterflies and the well-being of staff was a major consideration, including facilities and access to public transport which is generally not well developed in South Africa. The building has a 5 Star Green Star Design V1 rating, which will be confirmed As Built in 2018. 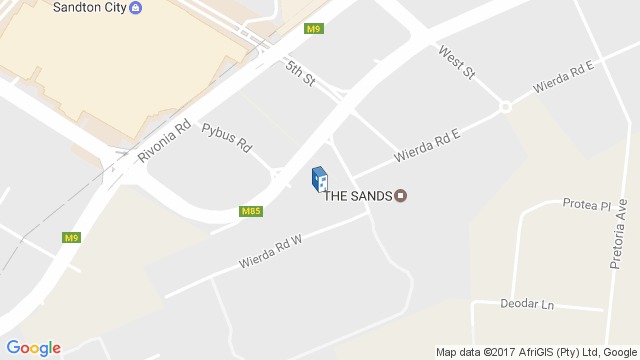 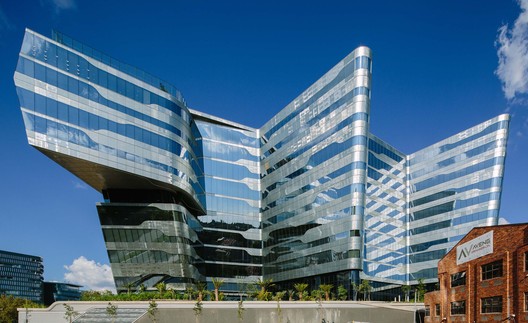