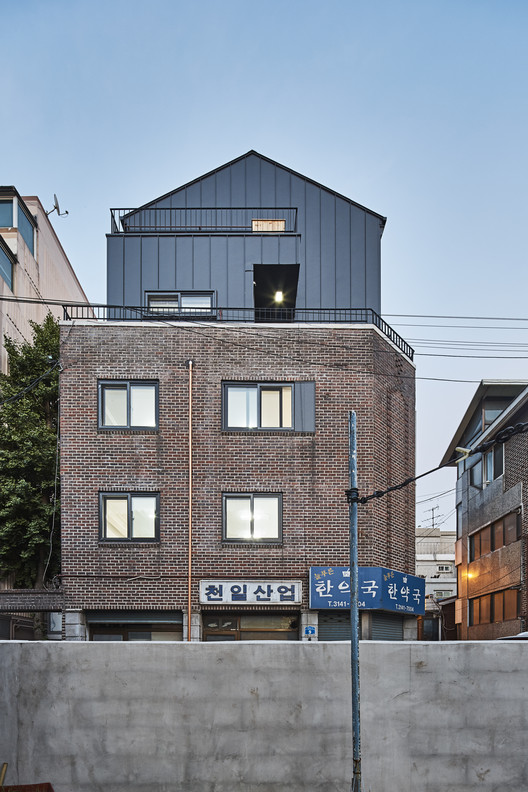 “The city is like a great house and the house in its turn a small city.” – Leon Battista Alberti
The Mangwon Dong Project was an attempt to search for solutions about problems estrange of communities with urban space in Seoul through three principles such as high density, mixed-use and vertical extension remodeling.

The project site is located in ordinary residential area close to Han River and water-front Park, is approached from three streets with different urban features, The first street is connected harmony to the neighborhood of meddle density residences, second street is a path to Han River front Park for leisure activities, another wide street is a main road that stretch into old downtown. These situations give taking advantage of the spatial possibilities of urban transformation.

The existing three story building was built in 1989. Before the remodeling, it looks like one of the typical mixed building with residential and commercial. Former structures on this building were combined ramen structure on low level in building and load-bearing walls that finished red brick exterior. The project includes to change former wall structure to steel frame that interlocked with ramen structure on second and third slabs, this reinforced structure makes the old building possible to expand vertically by adding an extra mass on rooftop.

The purpose of project is to extend parts workshop, commercial and residential places each one for three story on expanded volume, to arrange various lives in urban by planning of internal programs like multifunctional space such as workshop, commercial shops, office space, three studio rooms, co-living house as a duplex with a roof garden. In addition, through a strategy to enlarge areas within approximately 25% on intermediary and public space like stair balcony, terrace and rooftop, it is possible to provide the opportunities of communication for dwellers. Especially, 7 persons who live in co-living house can use a rooftop space for watching movies and cultivating some crops, and having a little party.

In mass designing the form, volume and exterior materials, we mainly consider local contexts and scales between neighborhood buildings, we suggest exterior materials a black color zinc panel and red brick as old wall for having divided mass volume. It is deeply rooted in a harmony which related to aesthetic value and ambience of the town. The scheme on the rooftop, it is considered to choose vertical wood lubbers, this scheme makes dwellers to promote public activities as the main space of the community. 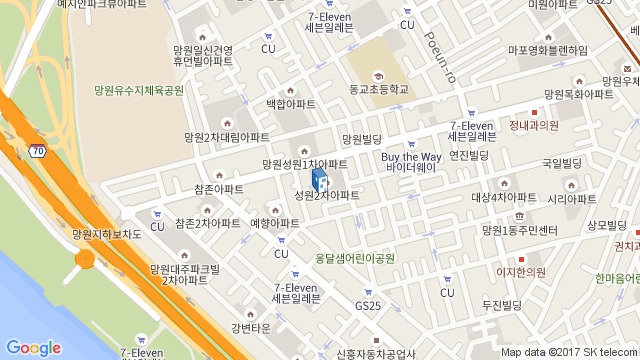