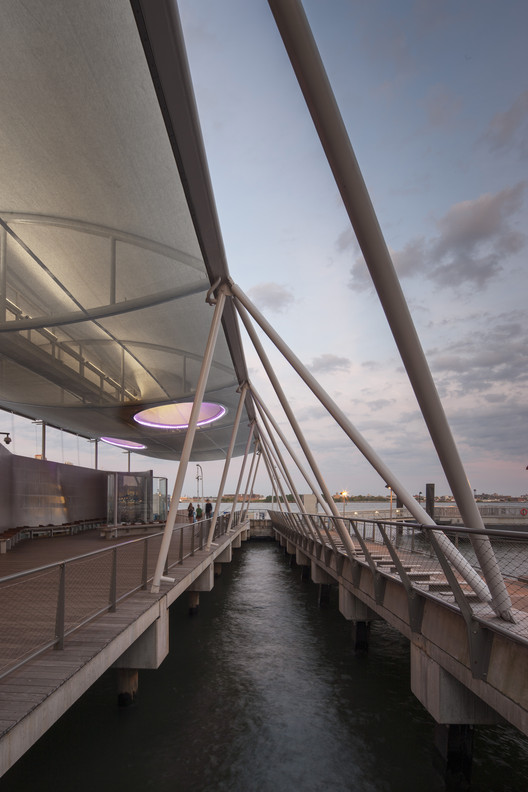 Text description provided by the architects. The East 34th St Ferry Terminal is a multi-modal public transit hub that strengthens the City’s sustainable waterfront transportation system and encourages public use of the waterfront. This public project was commissioned by the NYC EDC, the NYC DOT, and the Parks Department and approved with five NYC Community Boards along the East River. The project has received a Progressive Architecture Award, Design Excellence Award from the New York City Art Commission, and a Design Award from the New York Institute of Architects.

The design of the 34th Street Ferry Terminal takes a non-nostalgic attitude toward the NYC Riverfront. The project expands and designs Pier 34 to provide a distributed network of services scaled to the passenger and integrated in the architecture of undulating perforated wall screens, benches and public furniture elements. The 34th Street Ferry Terminal creates a public architecture which integrates the physical experiences of the river front with the expanded virtual experiences of the working commute. The use of reflective and translucent materials in the Ferry Terminal architecture emphasizes the changing, natural effects of light and water. The use of steel is minimized through an innovative lightweight triangulated column structure and a tensile textile lenticular roof canopy, the first in the United States. This public project was designed with digitally fabricated building components that were shop-built and transported on-site for rapid construction.

The Ferry Terminal design is guided by principles of resilient or “soft” infrastructure, where architecture, the East River ecosystem, and digital networks are integrated by design. The project harnesses New York City’s underutilized Maritime Global Positioning System for public use, providing intelligent real-time transportation scheduling (ITS) and public WiFi for commuters. An interactive river environment monitoring system, created specifically for this project, tracks the East River water speed and the direction of daily tidal flows which are important to the health of NYC’s water supply. This ambient river monitor is integrated into the three large lightwells of the Ferry Terminal roof canopy. Sensors along the boardwalk capture real-time pedestrian flows between water and land. Subtle changes in the color and direction of LED lighting in the roof canopy lightwells reflect the flows of people and water, creating a civic urban infrastructure that links natural and constructed urban ecologies.

By providing water-based transportation and a new public presence at night, the 34th Street Ferry Terminal emerged as a significant catalyst for development in the area. The ferry service increased residential property values within a quarter mile of the ferry stop by $500 million. In addition, areas near East River Ferry stops in Brooklyn and Queens realized over 600,000 square feet of additional residential and commercial building space, a 4.9% increase over development rates in comparable areas further from waterfront transportation. 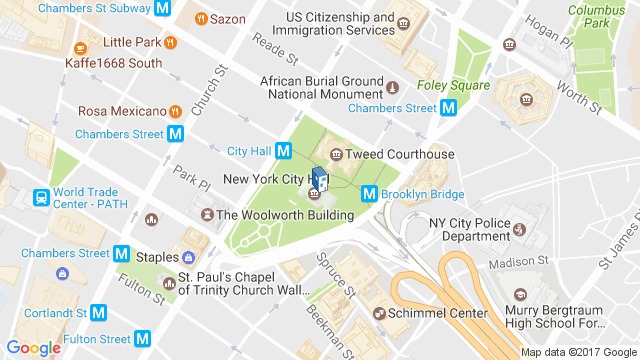