Text description provided by the architects. The new designed residential house at Koněvova Street is subtlely trying to fit in beside its neighbors and the environs. The visual character of the building speaks to the past spirit and atmosphere of Žižkov, with it’s relaxed bohemian mood, among the genius loci of a shabby, post-industrial periphery. Though the building looks a bit retro, it desires to be contemporary.

The size of the construction on its plot corresponds to the size of two or three typical houses in Žižkov. Therefore, the design has divided the new structure into two almost identical houses that differ only visually in the use of color shading.

The southern front and northern rear facades are designed in darker shades. The internal facades are white, considering the limited natural ilumination of the flats. Meanwhile, the street facade has been articulated as a reflection of the interior layout.

The proportions of all of the windows are adapted to the traditional window dimensions typical for the original environs. The subtle horizontal metal sheet ledges inserted into the facade‘s insulation system divides the facade horizontally.

A significant addition of the frontal facade is the long console balcony on the 5th floor with a railing creating the impression of a horizontal ledge. The pattern of the railing attempts to evoke traditional motifs inspired by hand-made elements of Prague architecture at the turn of the 19th and 20th centuries.

This building is on a relatively busy street. So, the quality of its place lies in its close proximity to Vítkov park on the building’s northern side, along with an attractive, newly-built bicycle trail, which has replaced the former train tracks. As a clear gesture of interconnection with the park, there is a passage-way on the ground floor creating a spacious entrance to both houses and deflecting the entrances from the busy main street. The passage also creates an extension of the common area for the house‘s residents. 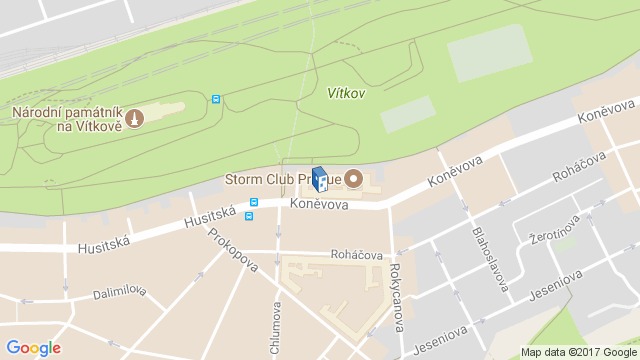 Location to be used only as a reference. It could indicate city/country but not exact address.
Share
Or
Copy
About this office
A.LT Architekti
Office
•••