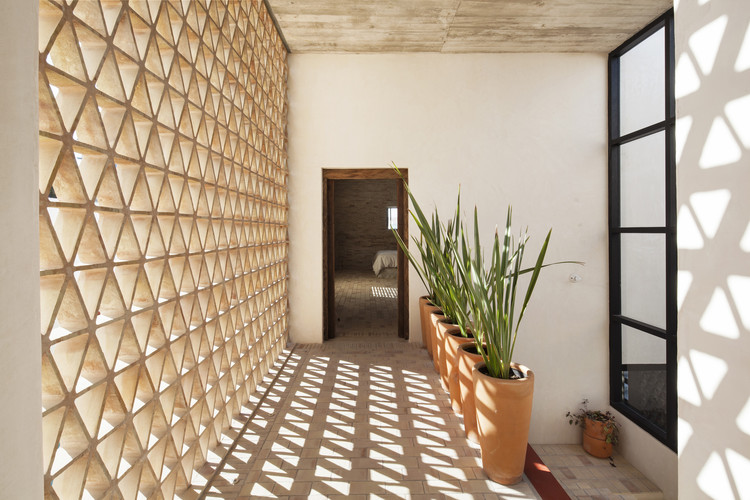 Text description provided by the architects. Casa Iguana can be synthesized in three independent volumes connected by a bridge. The space generated in between is delimited by three lattice facades made out of thin clay bricks arranged in the same way in which a tower of cards is raised, evoking the cornices on walls and balconies used in some of the traditional constructions of the region.

On the ground floor, the single family house has a public and service program organized within the limits of the three volumes. On the first floor, on the other hand, we find an exclusively private program, distributing one bedroom in each volume.

The house is supported over a concrete skirting board, a monolithic extension of the foundation that emerges from the earth; like the roots of a tree, reflection of its structural basis.

Light plays an important role when it works in conjunction with the lattice walls. A game of light and shadow runs through the spaces, materializing the passage of time.

The naturally exposed materials give the house their color and texture inside and outside. The concrete elements and the exposed beam/vault block ceiling system get balanced by the warm feeling of the clay bricks on walls and floors; the external perimeter of each volume is covered with a flattened made by a mixture of white cement and chucum resin. They are all of easy maintenance and enough presence to dignify the work over time. 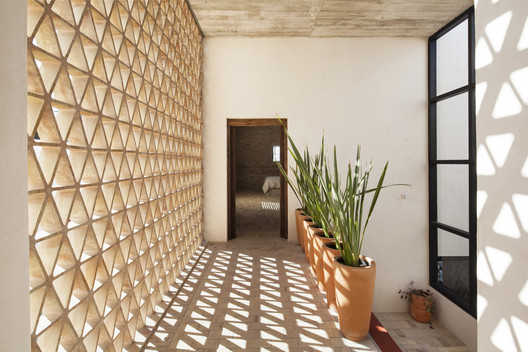