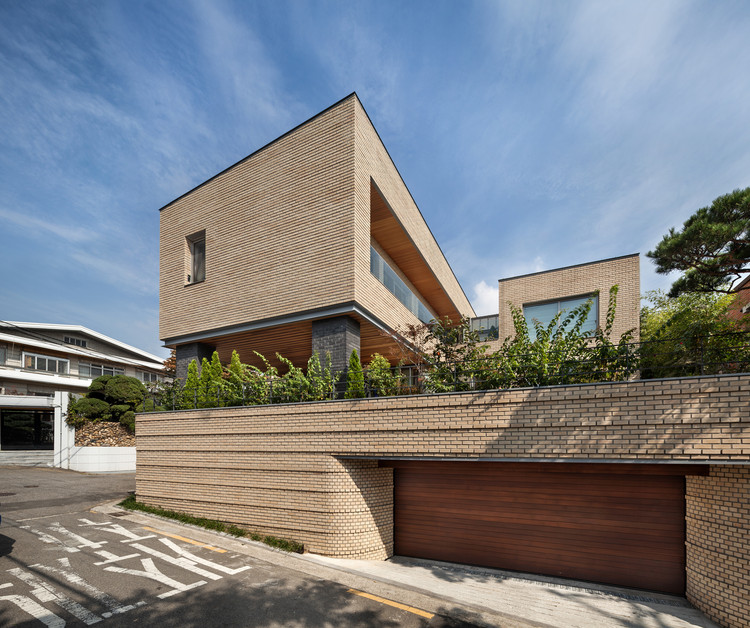 Text description provided by the architects. Since the late 1960s, Yeonhui-dong has been one of the representative residential areas in Seoul for the middle-income class. Looking into the townscape around the site reveals several common characteristics, one of which is the location of the parking lot below the slope on which the house is perched so that a beholder standing at the front road comes to see the high wall taller than one story.

The site is located at the corner of crossroads sloping gently towards the south. At the crossroads are a well site ― which is said to have been used by Hui-bin Jang, a royal concubine to become a queen consort in the mid-Joseon period ― and to the southwest, a small park which may well serve as a signpost for the neighborhood.

Therefore, we wanted to let the client feel less sense of stuffiness when entering the house at the crossroads which was originally emptied but now filled with this project, by using a different way of placing the house unlike the way used for the neighboring houses.

Locating the parking lot below the slope, placing a linear first-floor mass in the north-south direction on top of the parking platform, and perching another linear mass on the second floor in the east-west direction, we made the house in a T-shaped form open towards the south-western park. Around the corner of crossroads, the front door is located with piloti structure through which one can approach the vestibule and the courtyard.

The emptied piloti space serves as a buffer space through which one enters the house from outside, opening the view from the inner courtyard to the south-western park and even towards the northen townscape. From the parking lot, one can also walk up to the house in a sheltered condition, while the courtyard is always well-ventilated and opening the landscape of the crossroads.

On the second floor, we created an outdoor empty space rather than fill up and increase the inner space. This outdoor space hollowed through the mass enables one to tread on the soil and plant flowers, introducing daylight up to the inner corridor and stairs. Some of the outdoor space is floored with stones on which a family party can occur with the dishes cooked in the adjacent supplementary kitchen. 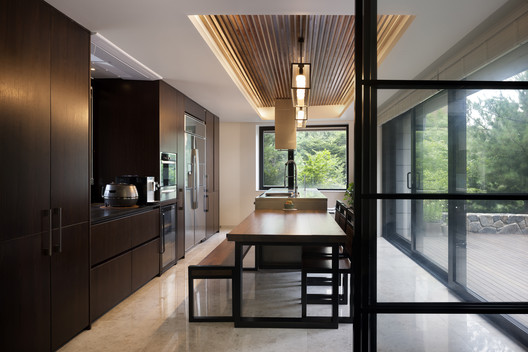 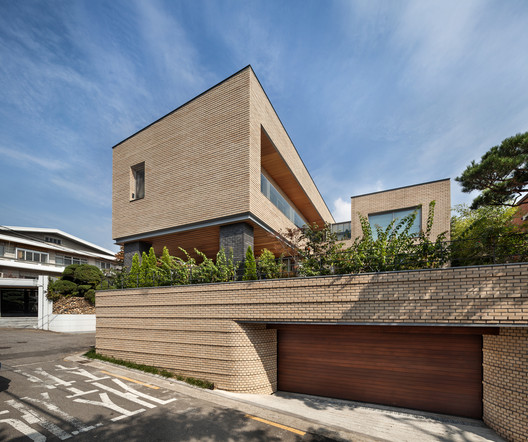