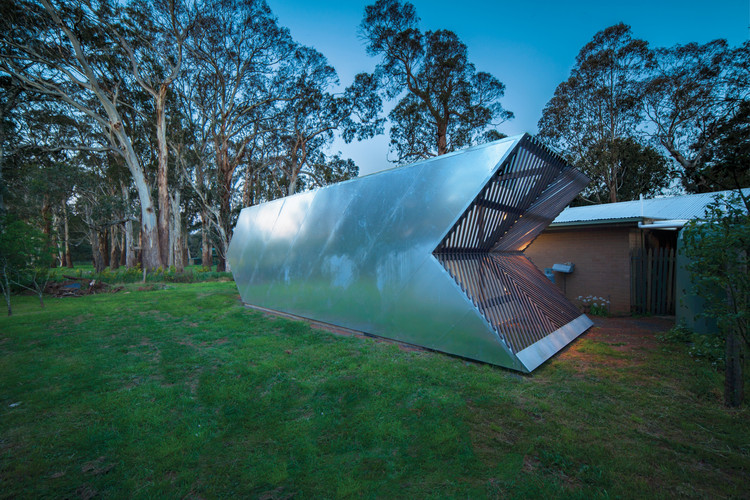 Text description provided by the architects. The Arrow Studio was conceived as an out of focus, reflective vortex in the Australian landscape.

Our client Mr. White retired to the countryside near Hanging Rock in Victoria a few years before the project started. His brief was to build a small gallery in the back yard facing the bush, where he could hang paintings and photos and also use as a studio. For security reasons, as well as to maximize hanging space, we were asked to have minimal windows, and for those windows to be framed in a way that intruders could not break in.

A rectangular cube was ‘pushed in’ at one end, and correspondingly ‘pushed out’ at the other end. This design move made the space, while almost accidentally creating an arrow-like form. The push-pull action allowed us to screen the ends from intruders by using optical timber slats, and still create small views. The windows were small as the walls had to be maximised for hanging space. We sited the studio like a piece of random space junk that has fallen into a back garden facing the field beyond.

The budget, not much more than an off-the-shelf garden shed with slab, could not be exceeded. Therefor all walls are ply, which braces the structure and replaces plasterboard on the inside. The galvanised sheets, overlapped diagonally, form a second skin which helps insulate and protects the ply from the harsh conditions. These galvanised sheets created a blurred mirror surface which encloses the space on each side. This creates an effect of a habitable void in the landscape. The roof is an off-the-shelf, insulated roofing system. The studio was built in 10 days.

The space between the arrow and the old brick veneer house is a protected outdoor entertaining area, while on the other side the arrow forms a backdrop for entertaining with a view of the bush setting, a place for contemplation. At night the arrow projects light through the timber slats at each end and lights up the garden like a cinema projection booth in a field. 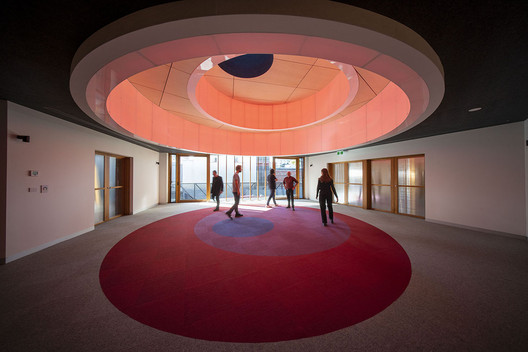 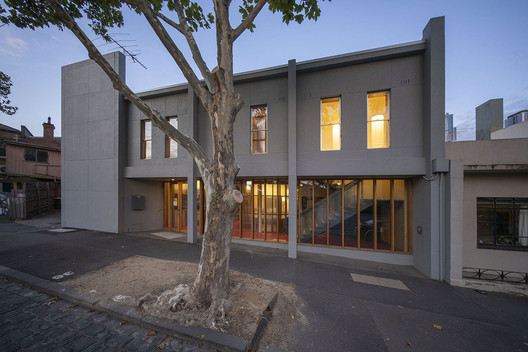 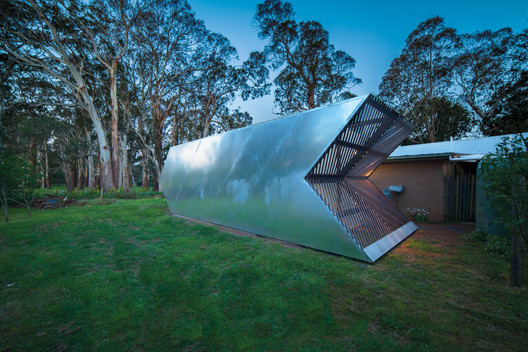