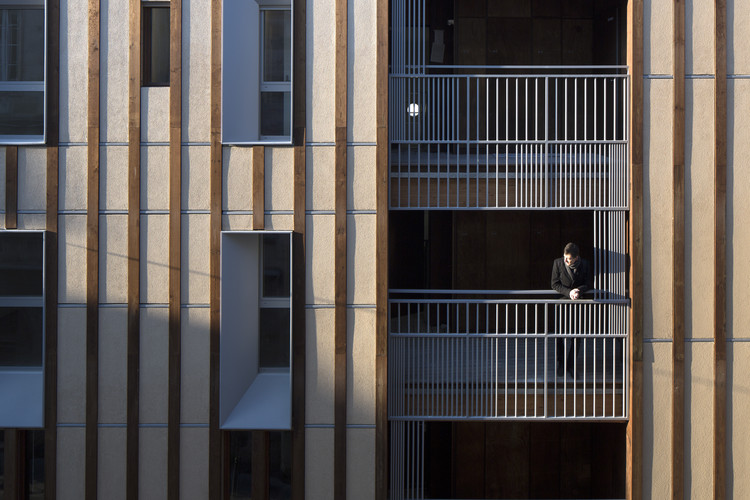 Text description provided by the architects. Like its name suggests, Triptyk offers three scales of building, three ways of life, on this plot that meanders from the street to the gardens.

The project is a part of the process of requalification of this neighborhood. The goal was to improve and restructure the entire block to create social urban housing with residential qualities in a nice environment. Triptyk and its new interior arrangements also take a part in improving the surrounding buildings quality thanks to the openings it creates, allowing light to flow through, and bringing greenery to the city gardens. The program includes « voids » that let the sun flood in, basking the facades and the interior courts.

It is noteworthy that some of the neighbours took advantage of the new situation to pierce windows, opening on the project.

In the back of the plot, settled in the calm and green setting of the garden, three individual houses with private gardens form the « power core » of the project, that allow the other components to function. Those houses, constructed with timber floors et walls, have different architectural expressions, encouraging families appropriation. The first house has its facades made of terra-cotta, another has a vertical timber sidings and the third is covered with bright yellow metal.

A building of semi-collective housing planted in the middle of the plot reuses the language of city terrace houses. It is also cladded in metal, but with a different aspect and color: dark grey reflecting the trees and the sky.

On the street, a building shows its vertical wooden structure. A study on filled and void spaces on the street put to light the importance of the tripartition of the facade: two lateral parts surrounding a central void made of the circulations.

The narrowness of the street, its orientation and the morning sunlight influenced the design of the facade with a vertical language.Major openings write a dialogue with the wide openings of the neighboring facades, catching up with their heights, thanks to their light grey frames. The other openings in natural wood are inserted in the vertical timber structure.

This project initiates the rebirth of this neighborhood, demonstrating the possibilities of new buildings, comfortable and affordable, closed to work and leisure activities, with a great carbon footprint. 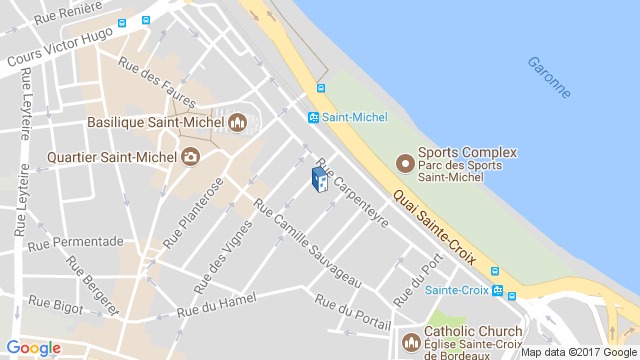 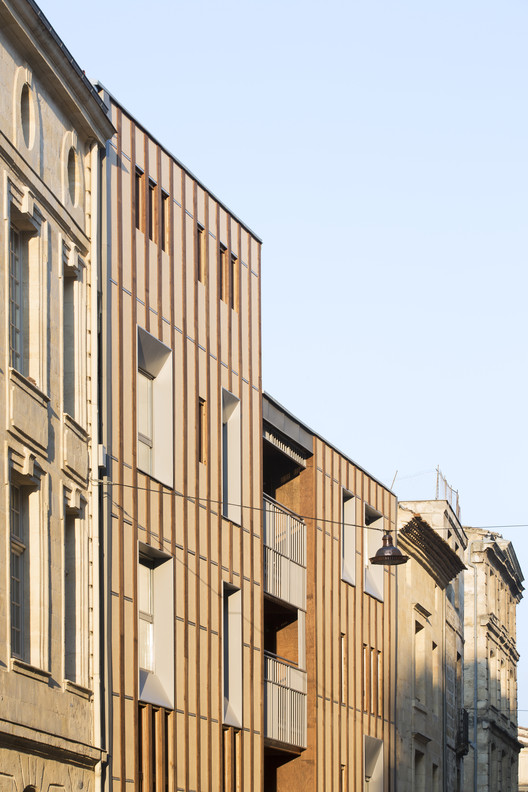 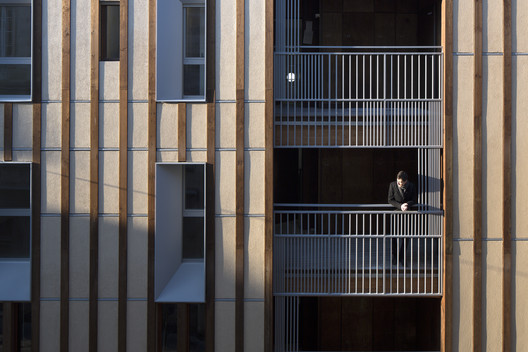