Text description provided by the architects. The Lavigny Institution cares for people suffering from epilepsy or brain injuries requiring neurological rehabilitation treatment. It also receives children aged 4 to 18 with learning and developmental disorders.

An architectural competition was announced to develop a new quarter on the grounds of an old farm. The neighbourhood should include mixed use accommodation, partly rented and partly for residents of the institution. Furthermore, a boarding school and an activity centre for children at the institution were planned. A large garden forms the centre of the new complex. It connects the different buildings, offering a communal open space. On a broader scale, it can also host the institution’s public events.

Two residential buildings form the northern side of the garden. The apartments have two orientations. The living rooms form the building front and lead to a loggia that opens out into the communal garden. Eight single-room apartments are reserved for residents of the institution. The boarding school is situated on the east side of the garden. The bedrooms and living rooms are arranged in a “windmill type” configuration over the first floor. This floor plan allows the division of the storey into two halves for groups of eight children respectively. On the ground floor, there are two separate apartments and the dining room.

On the west side of the site, the farmhouse is being renovated and refurbished to accommodate an activity centre connected to the school. A restaurant and a multifunctional hall occupy the central area of the building, while the eastern wing contains assembly rooms and administrative offices. A balcony and a staircase, which provides access to the apartment on the first floor, shape the facade on the garden side. Workshops and classrooms are situated in the new west wing facing the Place du Marronnier.

The great tile-covered volumes pick up on the formal language and the structural system of the rural buildings in the region. Randomly distributed tiles of differing lengths compose a uniform pattern covering the facades and the roof. The timber load-bearing structure of the façades facing the garden is visible. It supports the roof and the apartment balconies. The dense sequence of supports forms a filter between the private rooms and the public area. 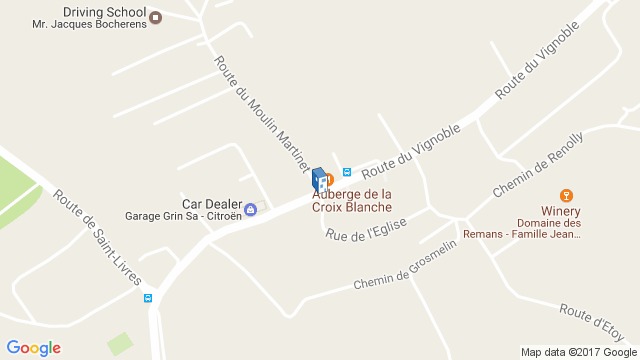 Location to be used only as a reference. It could indicate city/country but not exact address.
Share
Or
Copy
About this office
bunq architectes
Office
••• 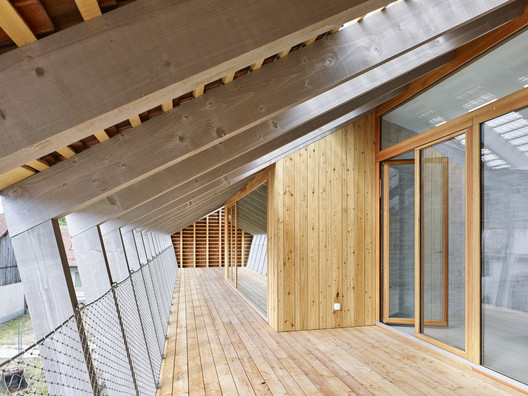