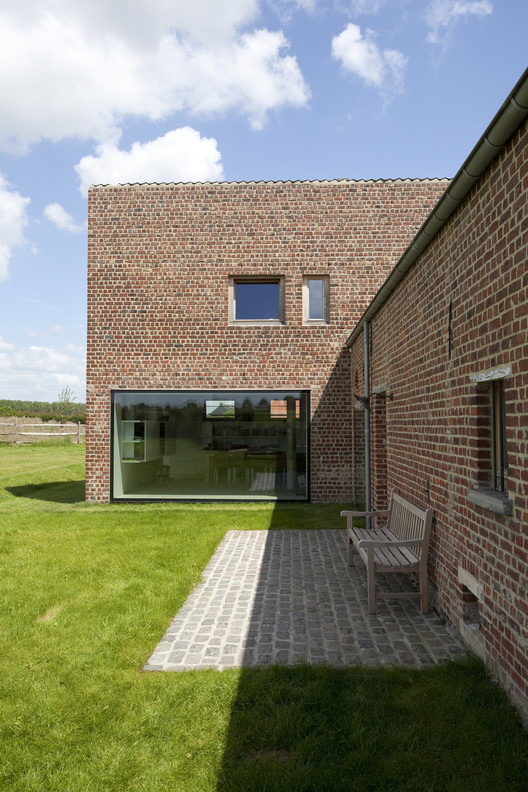 Text description provided by the architects. Very little has been done to the exterior envelope of this extended farm building in the Pajote district of Belgium, just to the southwest of Brussels. Upon closer examination, though, one can see that a large square window has been added, with a horizontal window cut into the entire façade of the largest shed. These new openings are evidence that a certain amount of tinkering has gone on with these free-standing angular farm buildings which are a familiar element in the landscape, providing home and office of the owner, a veterinarian, and their family.

A few outbuildings were removed but most else was kept. Rough brick facades and angled beams were not treated as defects, but as details that give this architecture its identity. The façade can be read as the development phases of this farm. The low ceiling was raised so that an extra row of window openings brings light into the living room. An existing rear door is provided with a window opening, in order to provide a view of an old tree.

Very little was added: an external wall was constructed to close off the building to the street and to create a fully-fledged farmstead with a courtyard. This was not simply a case of making the buildings but bringing the house together into a cohesive whole. Like an island in a landscape: a landscape permanently altered by the passing of the seasons. 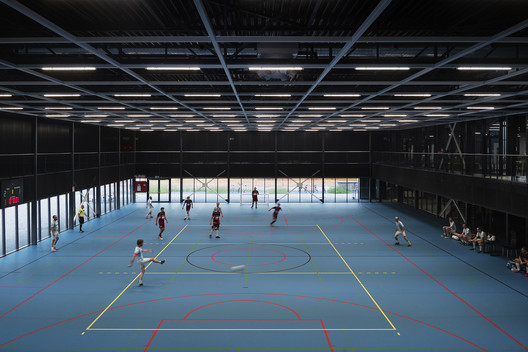