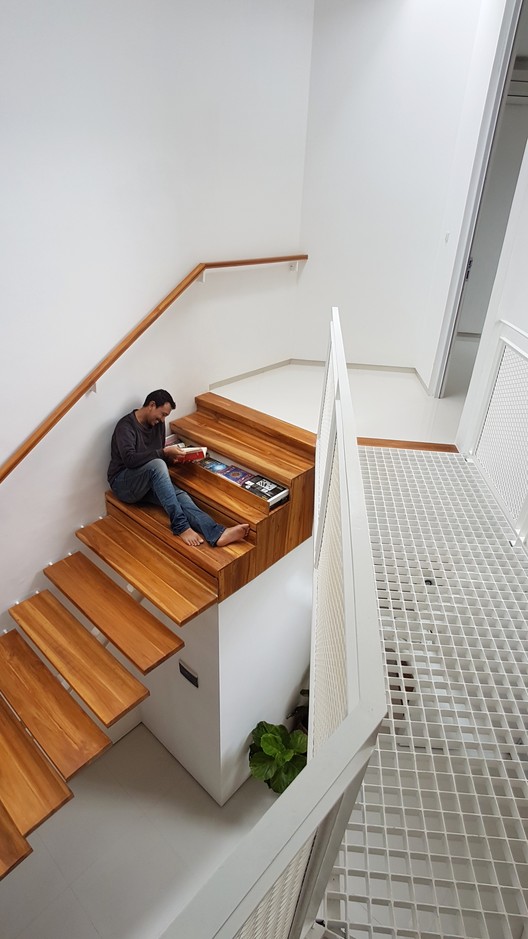 Text description provided by the architects. Located at Jagakarsa sub district, South Jakarta city, this house is situated in a typical housing of a developer with similar type of room and facade and coincides with neighboring houses. The homeowner wishes to add some space in his house holding 7x15m land area.

The global concept of this house refurbishment is by simply adding plates to the necessary space, as at the pre-refurbishment house investigation produces some results / conclusions such as potential, and challenges in the home. One of the potentials of the house, which is a structure that has been prepared for 2 floors, so it can be used and minimize the cost of refurbishment to add a room on the 2nd floor, as well as some things that can still be used is columns and the 2nd floor plates of 33% of the total building area, its structure strategy is not adding a new foundation in the house this impacts on a typology of the 2nd floor in buildings that follow the structure.

With the increased space requirement and the area of the 2nd floor, the space in the heavy rotation house is broken down from its space rigidity and massiveness for it must be a 'breakpoint', the architect using the philosophy of krowakism (krowak = hole), by utilizing the void and skylight and the use of bridge grating on the second floor circulation, so the atmosphere of the first and second floor can be more extensive and bias of the boundary.

The site of a heavy rotation house facing the east-west becomes a challenge itself for the house in the tropics as it faces directly with the sun. The challenge is addressed by turning the private mass / room upstairs by 45° so as to minimize the mass of buildings exposed directly to the sun, the lower level mass responds to the challenge with the addition of the secondary skin, so that the inside of the building becomes colder.

Utilization of natural lighting and atmosphere, accommodated by making a window opening as high as 3 meters in the facade of the building, and the present of skylight in the middle of the building space, resulting in the creation of cross ventilation.

In the planning of a heavy rotation house, there is a need and desire of the homeowner that must be fulfilled. Comparison of space requirements before and while refusbishment, 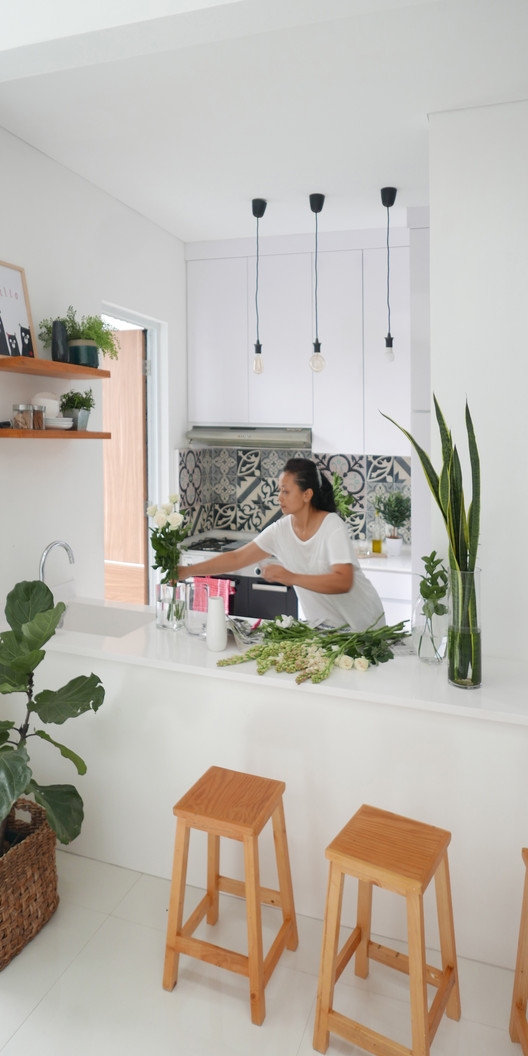