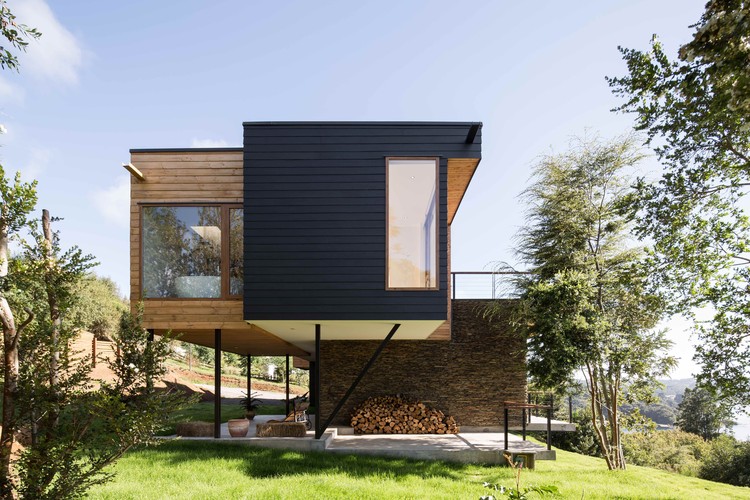 Text description provided by the architects. Wulf House is a 380 m2 single family home, located in the town of Quilanto, Frutillar.

The land and the surroundings gave the possibility of combining aspects related to the view and landscape along with achieving a site that favors energy efficiency aspects in terms of solar exposure, and related to strong rain and wind in winter.

The lands steep slope defines a natural balcony towards Lake Llanquihue which was used to define 3 levels that allow to make the most of the land. These levels also allow the distribution and organization of space requirements according to their use and character. The distribution is defined by a central floor with access and common use spaces, from which you can go up to a second floor with bedrooms and roof decks, or go down to a basement with specific use spaces such as offices and a workshop.

The definition of levels and sub levels is also extrapolated to the ceilings which are determined as habitable surfaces generating a fourth level viewpoint, where the condition of a balcony viewpoint overlooking the lake and volcanoes is accentuated.

These three floor levels are distributed along a circulation structure, defining a floor that is oriented in all its length towards the north, cutting this predominant wind, defining two main facades exposed towards the west and the east.This exposure determines the program distribution according to the light requirements and its daytime use. The main living places and bedrooms are towards the east, and the work spaces and complementary areas towards the west.

Different construction systems are chosen and combined according to their role and location on the land. The construction grows from a semi-buried reinforced concrete base which determines and serves as base to the rest of the house that is built on a metallic structural skeleton, which is supported and complemented by wooden structures. The insulation systems are thermal and cellulose enclosure. These are relevant in complementing the energy efficient aspects designed for this purpose and are combined with control systems and domotics that coordinate all the specialties. 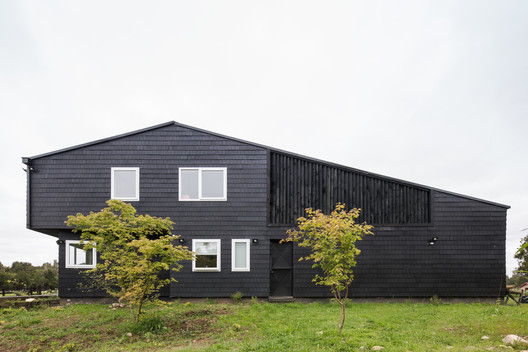 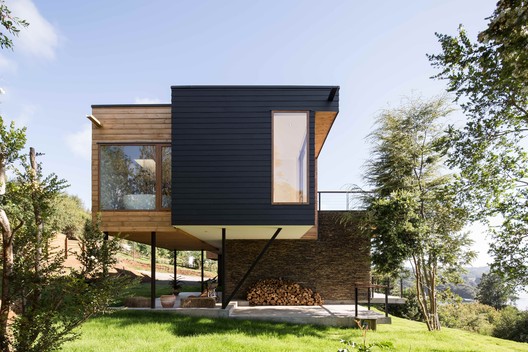