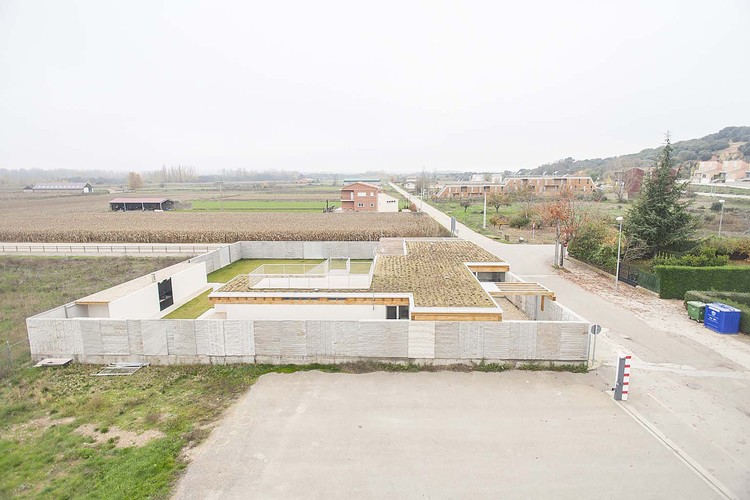 Text description provided by the architects. The building is inspired by the traditional Casa-Patio (courtyard house). It is enclosed by a fenced wall as if it were a medieval wall generating an introspective space. Three courtyards (entrance, day area and sleeping area) organize the interior disposition of the building in the plot site in the shape of a T.

The constructive system is reflected in the exterior with a first layer of plastered walls, over which a structure of wooden beams and joists is supported; they open and compose the elevations. Over the wooden structure a garden roof is supported with low consuming covering plants that have both an aesthetic and energetic efficiency functions. 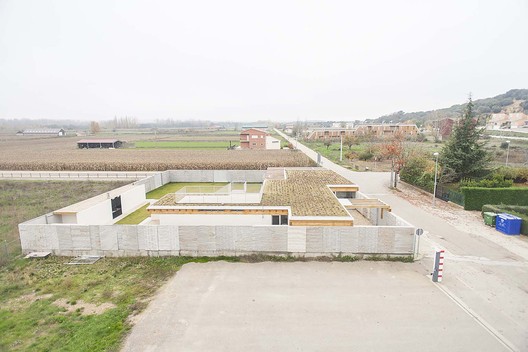