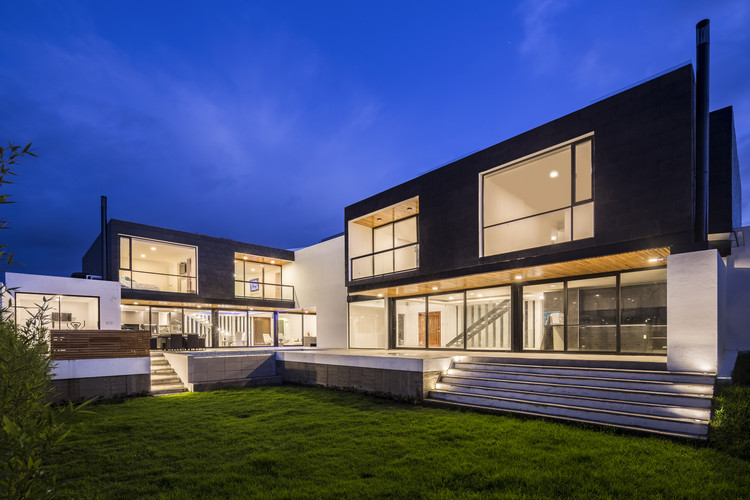 Text description provided by the architects. Chiviquí is a neighborhood of Tumbaco, located in the foothills of the Ilaló volcano, traditionally of agribusiness, it seems to be colonized by new settlers from displacements of the population of Quito to the valleys, where multiple new constructions of single and multifamily houses have been implanted.

The project is placed in a cornered plot, inside of a little stock of six lots limited by a passage and the main road of the complex, which allowed the placement of the houses in the perimeter, each one in its own street, closing the corner with the buildings and allowing the independent access to each of them along the tracks.

The proposal comes with the need of making two twin houses for two brothers. The program was extensive and the lot reduced, for which it was proposed to generate common areas that could be shared among users, optimizing the use of the land.

The parking lots and service spaces were placed underground, taking advantage of the natural slope that facilitate the access, from the underground is possible the entrance to the houses directly to the two independent circulating nuclei, which then becomes the vertical circulations of each one of the houses. Also, they share gardens, recreational areas like the swimming pool and the jacuzzi that are located in the patio that embrace the buildings.

The houses have similar areas, but they are not same; three bedrooms, each one with its own bathroom a dressing room, television room, a study room that is linked to the double height and a wide social area that is contained in a monospace, living room dining room and an open kitchen, all these areas are closed to a big exterior porch covered by the volumes of the top floor.

The constructive system is of foundations and retaining walls of reinforced concrete with columns and steel beams, slabs on cooperating plate.

The arquitectural response pretends to be coherent with the place. The scale of the building is respectful with the neighbors, the corner is marked by a three meters float, the implantation of the volumes is parallel to the urban plot which allows wide front gardens towards the streets keeping the vegetation as protagonists, according to the landscape of the valleys of Quito 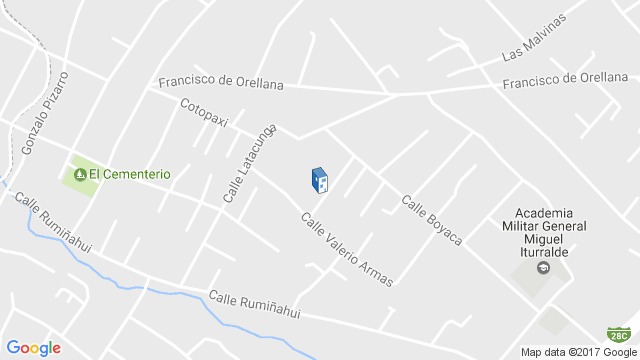