Text description provided by the architects. An ensemble of two houses with a connecting portico is embedded on the edge of a historically agricultural, today heterogeneously cultivated village in the Rhine Valley of Switzerland. The core idea of the project is based on the urban void. Two parallel set apartment buildings, a portico and a former farmhouse create a clearly composed courtyard.

Both houses can host up to three different units because of a hierarchically formulated structure which allows a simple and variable floor plan. They allow different ways of living or working. Like a backbone, a solid in-situ concrete core connects the staircase and the main entrance with a solid loggia. This core hosts all serving rooms and functions as a storage-mass in the centre of a timber structure.

Raised from the courtyard level, on a concrete plinth, the prefabricated timber facade is constructed and also formally treated, as a multilayered gown. It forms the autonomous surface of the buildings.

The outside appearance of the ensemble is characterised by its composite treatment of different materials and surfaces, as well as a contradictory nature in structure and form. Against the expression of the local timber „Veranda“, an almost independent in-situ concrete-structure forms the main facade facing west towards the district road.  Set transversely to the main alignment of the two volumes, the open structure indicates the end of the ensemble but also of the rhythmical perforated, nearly industrial expression of the eave-walls. Based on simple means, like horizontal slabs and pillars, the loggia expresses a pictorial quality through its anti-tectonic indications that mark the border between the private and public space. As a counterpart to this structure, the portico on the east side defines a facade to the courtyard. It connects the two houses physically and provides a sheltered space.

To reinterpret relationships between the various raw and directly used materials of the main construction, paint and pigment are used. Literally thin and economical in means, these treatments implement an architectonical, not merely technical approach, without losing the haptic qualities of the surface below 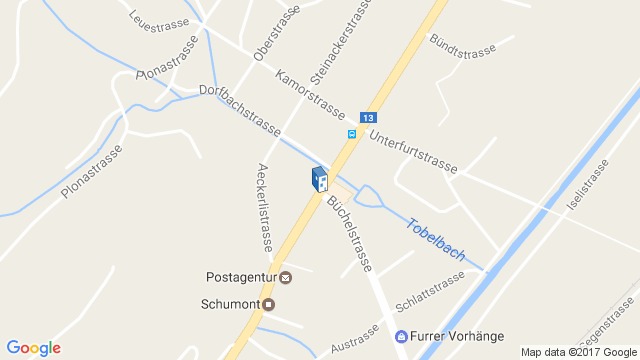