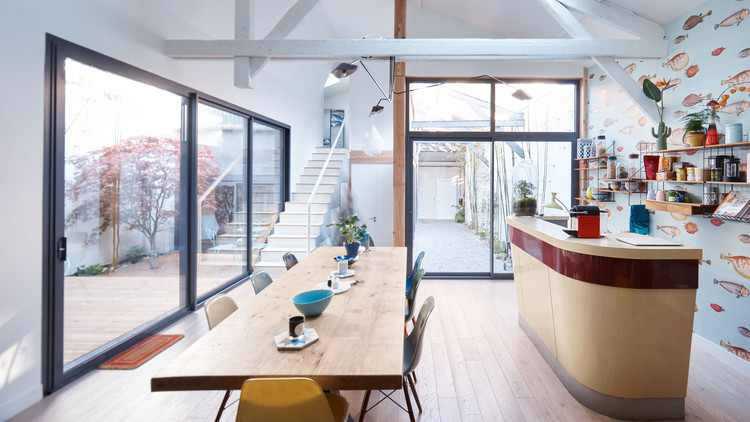 Text description provided by the architects. The project aims at improving the living space of a house that sits on a 100% built terrain. The house is located in a dense neighborhood near Paris, Saint Ouen (93).

The existing site was divided into 3 parts: a parking space on the street level, an old workshop in the center and a house at the back. The house has been recently restored and shelters on the ground floor the living spaces, which were very dark due to the warehouse in front of it.

The aim of the project is to extend the living spaces of the house (bigger living room, a family room, an office space, a bedroom and a bathroom) and to gain luminosity.

The project was conceived through an economy of means by keeping the existing structure.

We proposed to create a house between two patios which will be the spatial dispositifs to negotiate between void and mass, light and views.

We propose two subtractions operations over the existing mass: Patio 1: attached to the existing house and prepared by the previous owners, but left unachieved

Patio 2: joins the street and the house by one big void

The living room on the ground floor therefore extends in-between the two patios where different qualities of light, textures and views can be enjoyed. The entrance of the house is placed where the two patios almost touch each. This in-between space allows us to create the family-room away from

the living-room, and in direct contact with the two patios. The rest of the program is housed on the upper-floor of the extension. 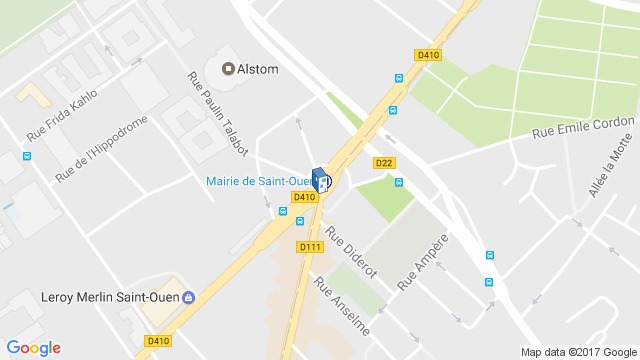 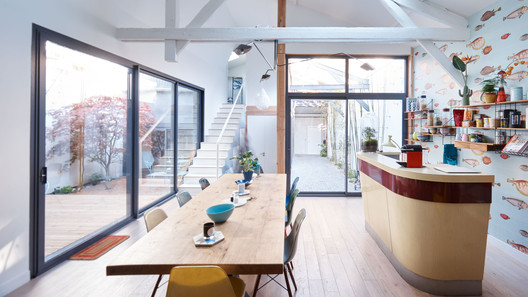