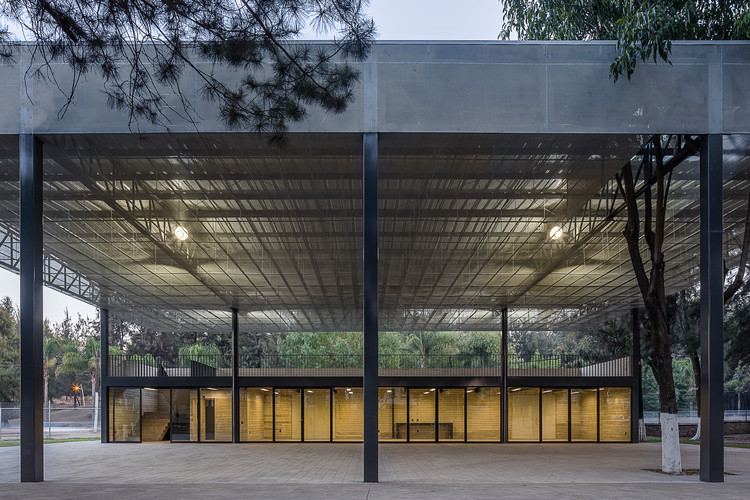 Text description provided by the architects. El “El Polvorín" Community Center and Sports Unit is the product of the municipal Budget process for the city of Zapopan earmarked for rehabilitating parks and recreational centers. The Office of Public Spaces under the direction of the Department of Public Works. As a government project, it’s unique character stems from the public participatory process, a close consultation of neighbors and neighborhood stakeholders.

The Project was defined by three fundamental issues:

1.- Environmental: The recreational center forms part of a larger protected ecological buffer of within the municipality. This buffer was established when it was purchased in 1900 by then Gov. Luis del Carmen Curiel with the intention of creating a series of reservoirs for fresh water to serve the city. Little by little this protected area known as Colomos was invaded by urban development. A few site’s remained, one of which is el Polvorin. The site is currently under administrative order of protection as an ecological reserve.and serves as a green gateway into the old city center.

2.- Social: The initial Project development saw the participation of 13 communities that make up Colomos. Their neighborhood leadership made recommendations and demands, through which the programmatic and technical determinations for the buildings form where derived. The Office of Public Spaces has on staff social psychologists which were on the project team mediating between the design team and community members.

3.- Architecture and Urbanism: The building sits within a 4.5 hectares ecological reserve, and has a 1 kilometer Trail for strolling and biking. The building footprint was restricted by the density of trees which are protected and could not be

The economics of the project helped determine the sobriety of the solution, a monolithic hermetic shell serving as a small pavilion, covered by a double height cantilevered roof floating above. The roof super structure and the pavilion roof share a transparent wall and handrail, allowing visitors to utilize the interstitial space while viewing a natural and urban horizon. Columns blend with tree trunks, and tree trunks invade the structure.

The finishes are concrete glass and steel, with a perforated skin on the underside of the roof superstructure, allowing transparency and light through the structure as do the trees. Public spaces within the pavilion and under the roof courtyard blend to allow for a series of functions and uses throughout the day and night.

The project also includes has several complimentary and spaces for football, infants playground, volleyball, and bathrooms facilities, and will be inaugurated in April of 2017. 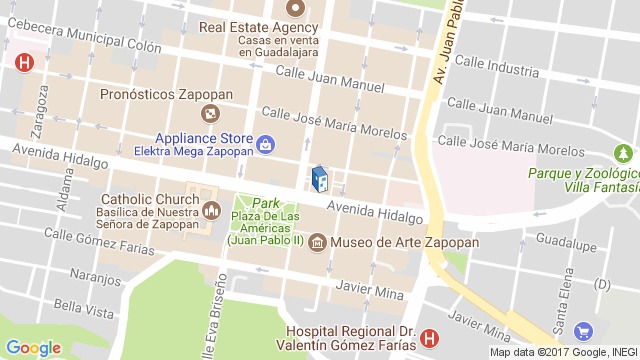 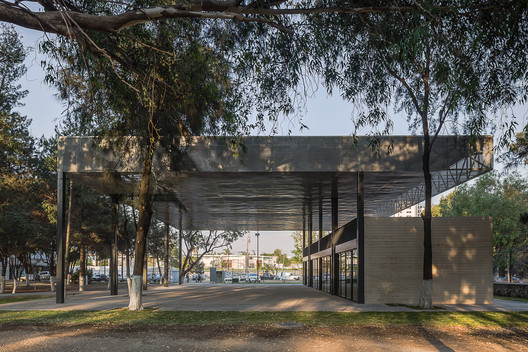 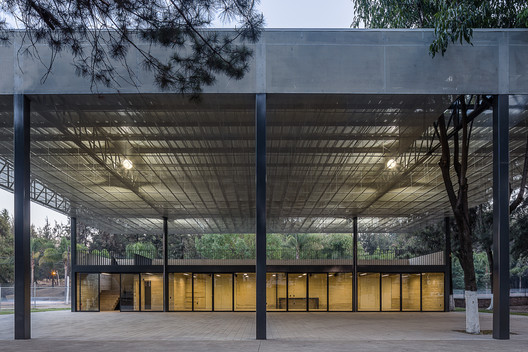