Text description provided by the architects. This project is strategically located in the commercial hub of Setia City. It is the second phase to the highly successful first convention centre that was constructed some 5 years ago.

The site is located fronting the central park to facilitate open air events in the park. A grand staircase links the new building directly unto the central park plaza and waterscapes. Ample car parking is provided for all around the new complex. A covered pedestrian link way ties this building up to all the other buildings in Setia City

This new project will take Setia City into the next phase of transformation. The city which first started in 2009 is set for growth with many new buildings coming on stream in the next 5 years.

The design concept for this large complex was based upon the scaled patterns and colour of a large caterpillar – basic green, yellow, white and black. Caterpillars are the first stage in the transformational life of a butterfly. It undergoes a process of metamorphosis after which a beautiful butterfly emerges. This concept was interpreted into the finishing of the entire wall and roof of the structure and carried into the interior design of the spaces too.

This was a fast track project that took only 9 months to complete at a cost of RM38m. It hosted its first event in November 2016.

A large verandah way makes up the entry foyer, lobbies and pre-function halls from which all visitors get dropped-off and enter. From there they can gain access into the grand hall. Loading and storage spaces are all located to the rear of the complex.

The halls and pre function are aptly served by catering kitchen, pantries and food and beverage kiosks in the foyer area. The grand hall has two service lanes running on its sides, functioning as service lanes and storage area and forms the vital service spine of the complex. In addition there is room for outdoor events and marquees for weddings or garden parties.

The building is basically a series of reinforced concrete boxes slotted into a large structural steel hangar. The steel structure was prefabricated and features bolt and nut joints. The roof system is a double skin roof with rockwool and sisalation which not only serves as heat and sound insulation but also assists in achieving the construction period. Laying the Zincalume Sanko Speed Deck as bottom liner at the start allows works on ground to progress concurrently.

Roof and wall cladding were in four colors: Sulphur Yellow, Veridian, Off White and, Cape Charcoal Black to simulate the organic patterns of a caterpillar onto a simple box by creating a recognisable geometry, paying attention particularly on the three dimensional effect. The resulting effect is an animated illusion to what would otherwise have been a lacklustre shed - demonstrating that modest budgets can produce exceptional results with a little creativity … and colour choices are usually free. 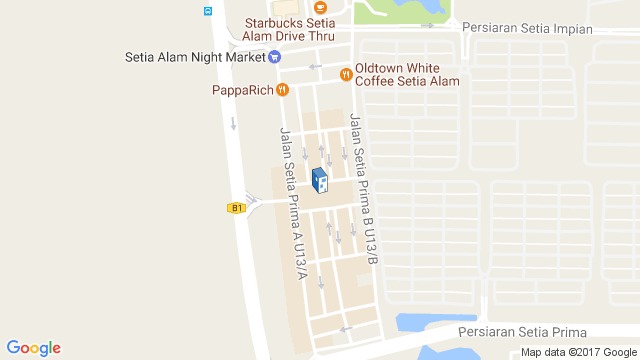