Read more
Save
One Up Two Down / Mccullough Mulvin Architects 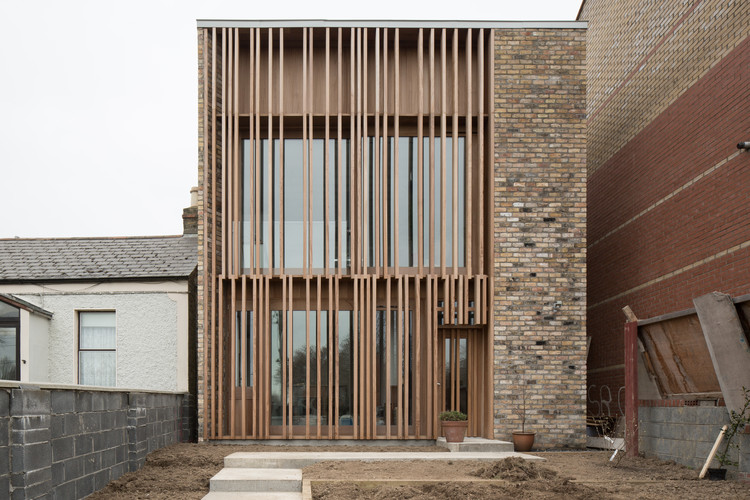 One Up Two Down is an urban courtyard house in central Dublin built on a very tight budget; the site was carved out of an existing plot along the filled-in branch of the Royal Canal near Phibsborough.

The scheme fills the rectangular site and works to maximise open space- a walled and stepped front garden, the main rooms with bedrooms below and living space over, an internal courtyard and a studio to the rere. The roof offers another garden space. The facade bricks from the original ruined house were retained and used to build the front façade. 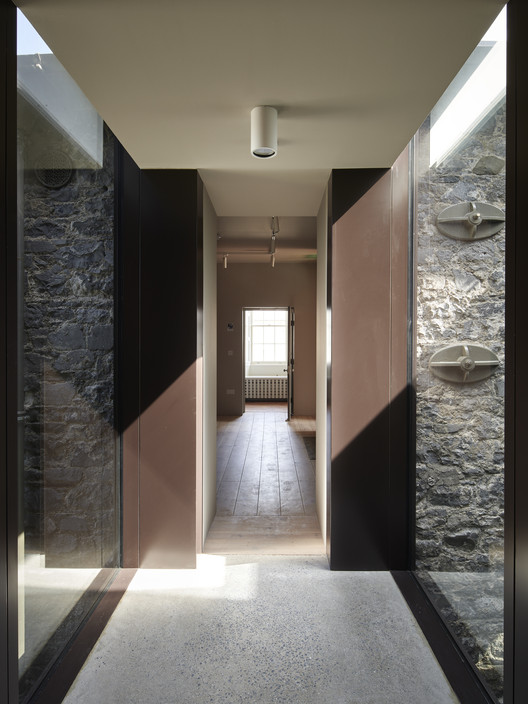