Save
House Between Pillars / Camp Design 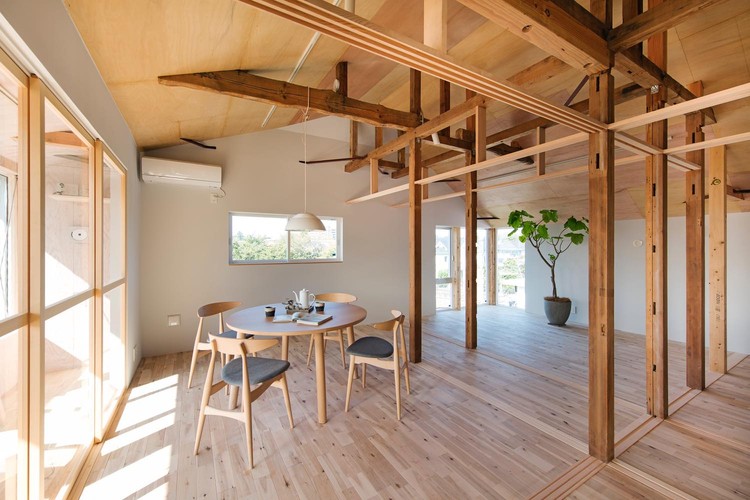 Text description provided by the architects. This project is one of the series "HOWS Renovation" of Ribita (a Japanese developer mainly focusing on renovation project). This project is a project aimed at renewing the market value by renovation taking vacant houses as social assets. In this project, Ribita purchases a vacant house, sells after repairing, so the design starts from the situation where there is no owner. For this reason, we assumed a family with children in the 3 to 40s, thinking about a versatile and variable housing.

The Japanese traditional wooden framework method consists of modules with pillar spacing of 1間 (= about 1820 mm). Therefore, the distance between the pillars also follows the size. We made it possible to install fittings between most of the pillars, and with the fittings tailored to the module, the owners themselves created a boundary which was easily exchangeable. And we set up a space called "between the pillars" which goes through the center to the 1st and 2nd floors. "Between the pillars" becomes an intermediate area when changing plans by movement of joiners, and more patterns are born. In addition, movable furniture is also designed according to the module, and it is an element to set with the fittings.

This is an old new house that changes shape according to changes in lifestyle and family composition, depending on Japanese traditional wooden framework method standards and fittings.