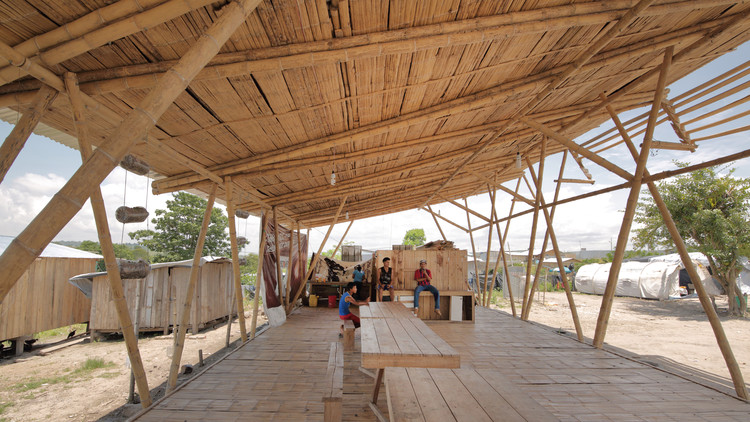 Text description provided by the architects. The project was developed in the unofficial New Jerusalem shelter which is in San José de Chamanga - Esmeraldas, and it is one of the affected areas by the earthquake. The area where the project is settled corresponds to a community land that was previously donated to the neighborhood.

The space was used to house 30 families with a total of 170 people. This shelter was well organized, but its only need was to have a communal space that hosts several collective activities. The Process

The project consists of developing a community center for Chamanga through design and construction participatory processes.

Community workshops were developed in order to understand and prioritize people's needs; these activities served as a base for the design. The workshops also allowed us to understand about the local resources and the workforce existing in the shelter. In other words, this first stage was vital for the community to practice everything they learned and to complete their communal space in later stages.

From the beginning, the idea was to support the community organization processes in activities such as reconstruction, mingas (community work), and workshops. These activities, well implemented, can boost the internal economy of the population because they will take better advantage of the government and private aids that they would receive as affected by the earthquake.

From the workshops, the complete design of a community center was proposed with an approximate area of 180 m2. Cane and wood were mainly used, and the same area will be used for community development.

The project was considered as a wide roof that allows to develop all the activities planned by the community. The basic intentions were to revalue the local materials and the safe construction systems, also to empower people through collective work during the building trade.

For this, guadua cane structure was proposed which was assembled by simple joints and joints with nuts and threaded bars. All of these allowed that no specialized workforce was needed in cuts, nor complex unions of the cane.

A large percentage of the cane was donated by near farms, and the process of harvesting and treating the cane was done by the community. This stage was one of the longest and most complex because cane forests are difficult to access; besides that, the harvest can become dangerous if people do not have a clear guide for cutting.

For the foundation, a system previously used by Actuemos Ecuador team, which is based on recycled tires and concrete, was used. This system was easy to implement, and it also lowered costs and gave a new use to the tires; moreover, the system was verified by volunteer engineers who collaborate us in different projects.

Teak logs were used in the floor structure. This material is easy to find in the area, and it was donated by the community. The dimensions of the floor are 15m (long) by 7m (wide).

Hardwood panels and recycled furniture from other constructions were used to make the kitchen furniture, warehouses and storage.

The children's play area started from the drawings and workshops with the children of the community. As a result of these, an interlocking structure of cane and pilings created an element that allows children to climb, hang, or slip. 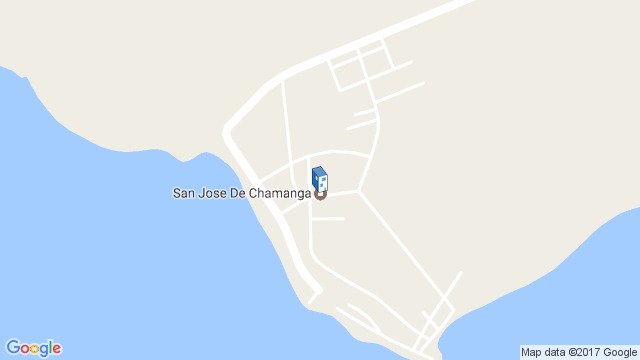