Save
A Sake Brewery Addition / a-um 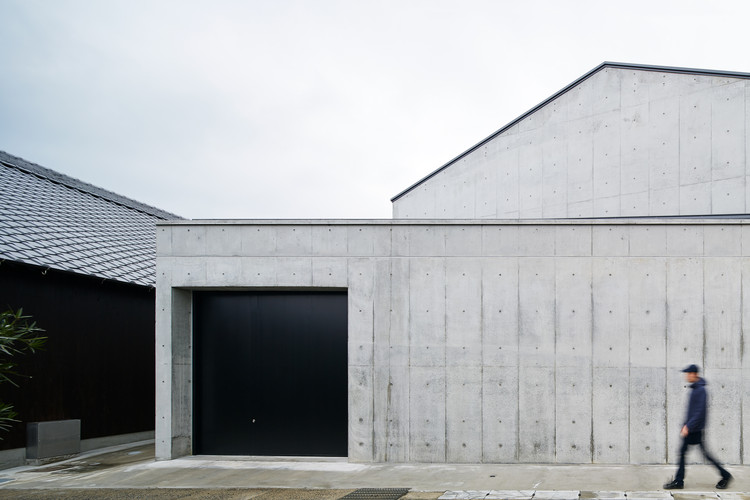 Text description provided by the architects. Located in the midst of rice fields at the foothill of Mt. Sefuri in Itoshima-area, Fukuoka, Japan, SHIRAITO Sake-Brewery has marked its 160th brewing year in 2015, when the new additional architecture has completed.

In the site, this complex iscomposedwith number of buildings. This project was to design a new addition (partially re-construction)  to its complex. Brewery workers move between building to building along its process of sake-making. The purpose was to obtain more space and to add new facilities to enhance the quality of their product. Most of the existing buildings in the site are very old and traditional. The “main” building is more than 100 years old. One of the task in design process was to connect historical buildings and the new addition not only functionally, but, of course, visually.

The traditional Japanese building at the site is very iconic.The concept of the new was to make a new tradition of Sake brewery. Since the traditional complex creates its “silhouette” with the triangular roof shape, overlapped, the new volumed was intended to be overlapped with triangular-shaped volume to cast new “silhouette” in modern way. And the concrete surface and structure possess the strong feeling visually and spatially, which the old one also has.

The new addition is constructed  with cast-in-place concrete structure and the entire building is covered with its concrete texture as exterior and interior finish. Since the program, sake brewery, requires sunlight-less space in order to protect product from sunlight, most of the rooms have no window, except the staff room and the washing room. And this creates the massive figure, which is iconic as a Sake brewery. The new and the old  are structurally disconnected while its function connect the entire space as one complex. 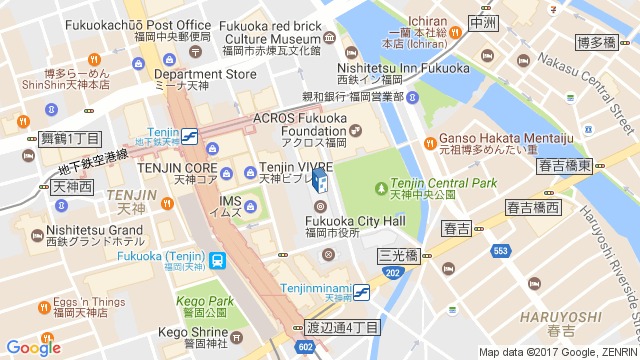 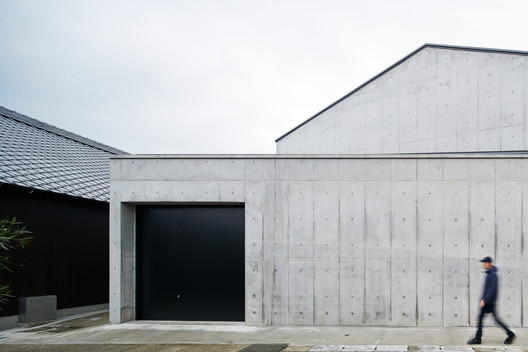