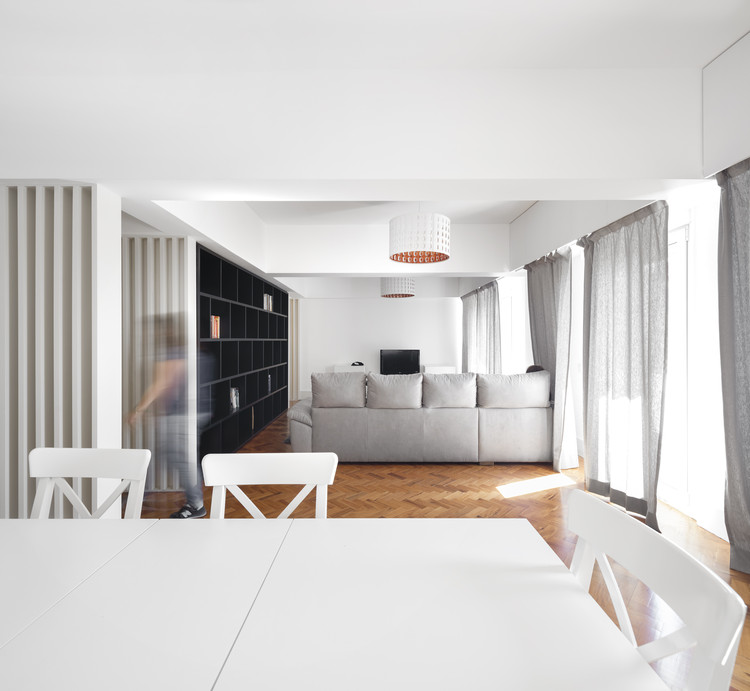 Text description provided by the architects. On a street in Alcântara, with a magnificent view of the Tagus River and of the Ajuda National Palace, the client bought two small two bedrooms apartments in an old building built in the 70's, with the intention of convert them into a single apartment.

In the back of the building, there are reminiscences of the large industrial constructions that characterize the neighborhood.

One particularity about these apartments was the stairs and the elevator box of the building between them, which bring out their absolute symmetry but also shows an image of two different spaces. The initial design theme for the project was precisely the deconstruction of this image.

In this sense, we have tried to distorter this perception, using the large common spaces like the kitchen and the living room as the transversal communication axes between the two poles, and removing the connections by creating corridors. The two distribution halls were kept. And we use slatted wood in these spaces, first to qualify these transitions and secondly to hide the entrance doors (removing one of them) and the existing electrical boards.

The relation between the spaces with different spans and exterior light is very particular, which was optimized by the withdrawal of the entrance doors in the room.

In order to reinforce the symmetrical composition, the pre-existent structure of the bedrooms was evidenced, even when it was no longer necessary, as in the living room, where the partition is showed, organizing the entrance area and the dining space.

Facing the street, the narrow but long balcony goes along with the entire facade, serving the living room and the suite. At the back of the building (tardoz), the option was to transform the marquee area and give it a livable character, winning some space for the bedrooms.

The kitchen, also in the back (tardoz), takes advantage of the large span throughout the façade. A small wall was built, which hides the laundry and service area, and at the same time creates a balcony, almost like an island, which works like a table for quick meals.

Whenever possible, existing materials, such as flooring, or stone used in the kitchen counter were reused. The doors and wood were repaired and painted. For creating a neutral atmosphere we use light colors with the exception of the dark furnishings at the top of the central volume, both in the kitchen and in the living room.

During the construction work we had all kind of the surprises, some predictable others not so much, about the structure, plumbing, or electricity. What appeared to be a struggle, revealed the great character of the apartment. In all spaces we had to design crown molding, which allowed regularize all the visible beams and at the same time to remove the infrastructures from the ground, being a less intrusive option and allowed to reuse the floor. In some spaces, like in the living room or in the bedrooms, this molding gets bigger and becomes a storage space.

This process was very interesting, because it demanded a balance between the pre- existences, with the design concept that had to be constantly adapted to the construction work and to the character of the apartment.abstraction in volumetric addition, balancing the composition. 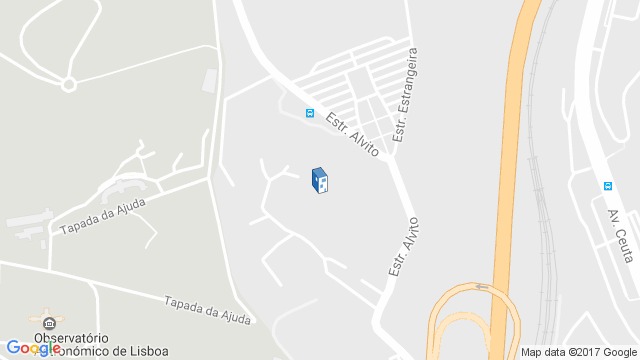