In a press release, The Architectural League explained the values championed by the Aga Khan in his work promoting issues of sustainability, quality of life, local craft and building traditions:

A commitment to pluralism suffuses the work of the Aga Khan Award for Architecture, along with other programs of the Aga Khan Trust for Culture and Aga Khan Development Network, of which it is a part. “Pluralism,” the Aga Khan has said, “results when people decide to value and understand human differences through mutual respect and civic inclusion.” He has written that “In the troubled times in which we live, it is important to remember, and honor, a vision of a pluralistic society. Tolerance, openness and understanding towards other peoples’ cultures, social structures, values and faiths are now essential to the very survival of an interdependent world. Pluralism is no longer simply an asset or a prerequisite for progress and development, it is vital to our existence.”

At the ceremony on May 18th, humanities scholar Homi K. Bhabha, city planner Amanda M. Burden, architects Diébédo Francis Kéré and Billie Tsien, and League executive director Rosalie Genevro will remark on the achievements of the Aga Khan, while presenting him with the award.

News via The Architectural League.

Six exemplary projects have been announced as winners of the 2016 Aga Khan Award for Architecture. Presented once every three years, the award was established by the Aga Khan in 1977 to "identify and encourage building concepts that successfully addressed the needs and aspirations of communities in which Muslims have a significant presence." 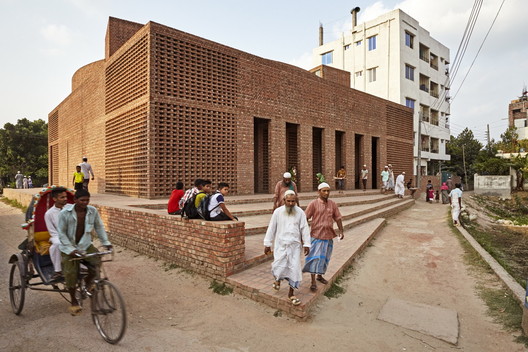