Save
IN CASTRO – Ideas and Business Center / Campos Costa Arquitetos 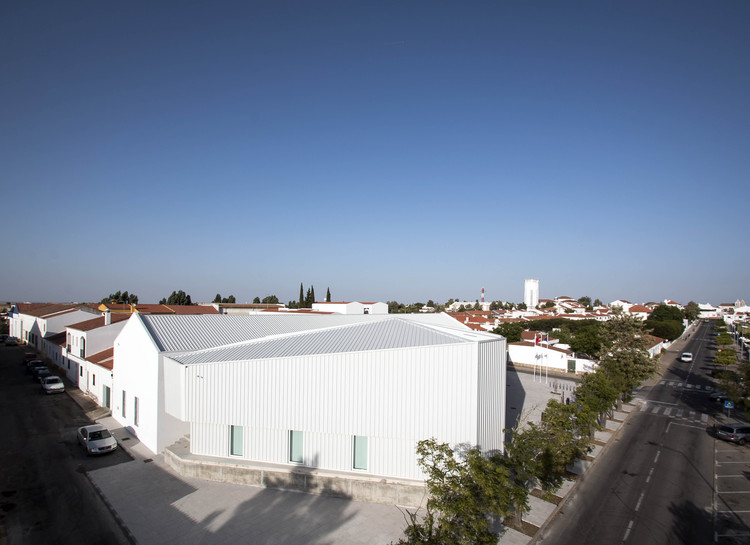 Text description provided by the architects. Located in the municipality of Castro Verde in Alentejo, IN CASTRO – IDEAS AND BUSINESS CENTER has been a great propellant for local entrepreneurs’ success since its inauguration in 2015. The site is positioned within two fronts, Rua Manuel Assunção Mestre and Rua da Olivença, at the extremity of a block which once represented an agricultural warehouses’ neighbourhood.

This intervention is based on two aspects: on the one hand, the rehabilitation of the existing warehouse and, on the other hand, a new complementary extension building.

The warehouse presents a slight intervention. Without interfering with the principal and existing walls, it allows the possibility of having a clear vision of the space, especially in the two-story height ceiling area. The new building aims to redefine the borders of the block without imposing a contrasting scale, but rather becoming harmoniously integrated within the urban context. In this sense, its diagonal shape also sets out as an opportunity for new public spaces. These “empty corners” allow a new perception of the complex and a better link with the surroundings.

The small courtyard, with its triangular shape, becomes a space of dialog between the two buildings. Due to its position with minimal solar exposure, the courtyard presents itself as a cool place, fulfilling a bioclimatic freshening performance. Likewise in a bioclimatic perspective, the South facade, lacking in windows and having a highly dense exterior insulation, allows remarkable thermal gains. The passive thermal behavior of the building was, among others, a key issue that has influenced the overall design. Formally speaking, the total height of the new building accompanies the height of the existing warehouse, favouring a relationship between two languages that, although distinct, manage to fit in the context. 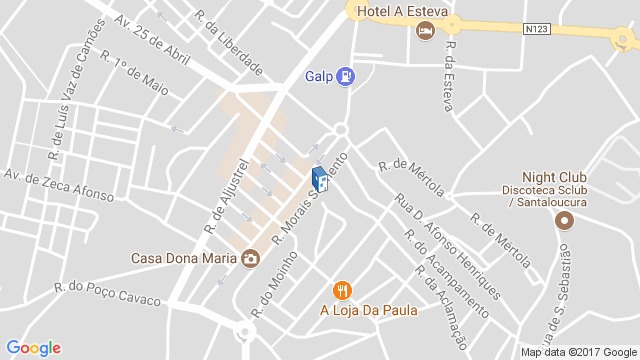