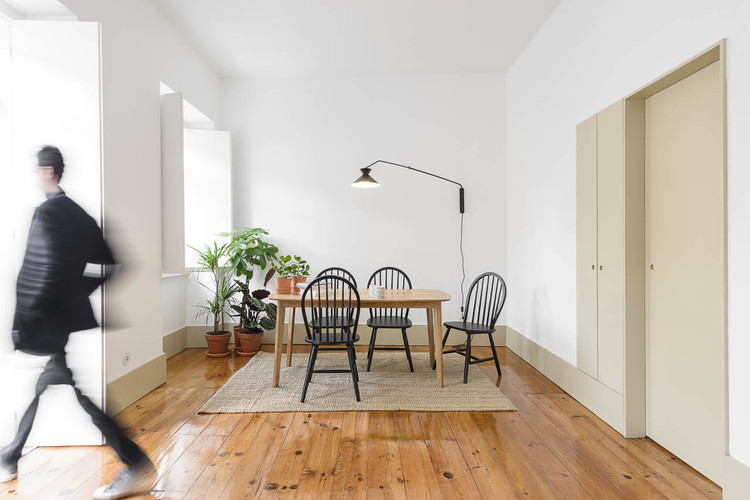 Text description provided by the architects. The operation should adapt the interior space of the apartment to a contemporary way of living, without major structural modifications. The strategy for this intervention was established on the idea of connecting two small-­scaled bedrooms so that social area could face the West, overseeing the river Tagus. The kitchen and the bedroom open up to a quiet courtyard, with a view over the urban gardens.

Apart from altering the social area, the layout of the house remained the same. The identity of the spaces, however, was transformed by the way in which they are now occupied and inter-­connect, as the interior bedroom is now a walk-­in closet, that either allows for an open circulation or becomes itself an extra bedroom.

Despite the initial desire to recover some of the original elements of the house, we soon realized it wouldn't be possible mainly due to the advanced state of deterioration of many of them, being the wooden floor one of the few we were able to keep. All the carpentries were redesigned with a straightforward approach, though, getting back their original color, making them the main element of architectural characterization of the house. 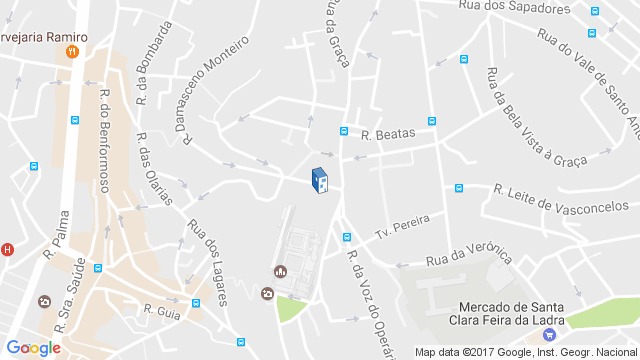 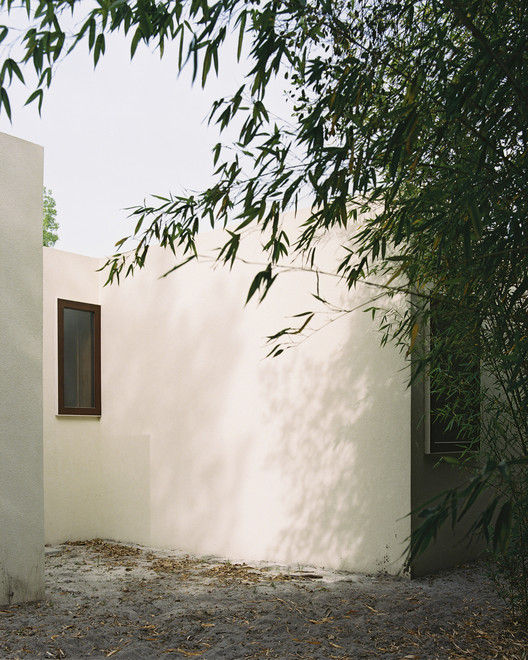