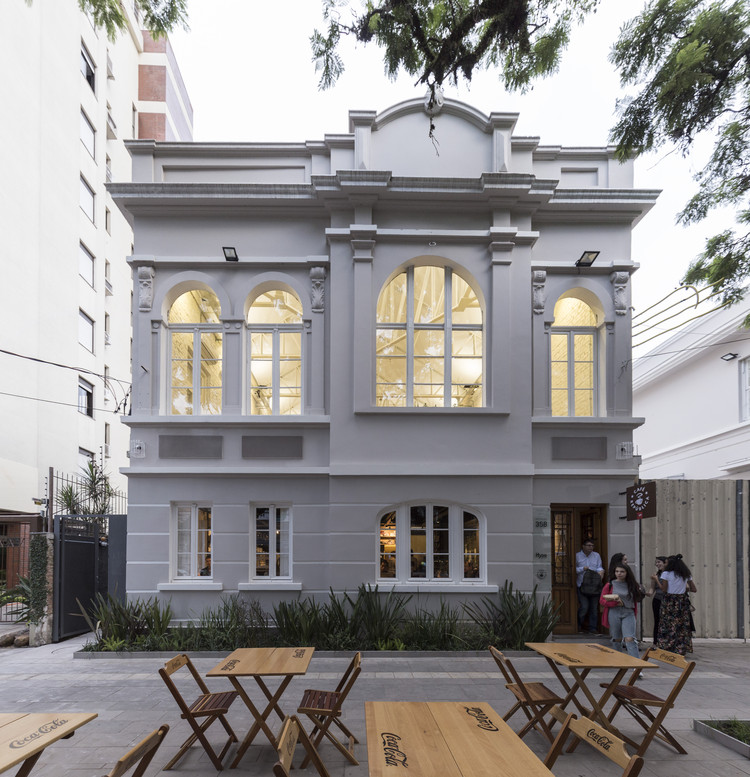 Text description provided by the architects. The idea of renovating the 1917 townhouse and make it Hype Studio's new headquarters came in the end of 2015. It seemed like the perfect place to put into practice the concepts we believe and pursue in our work.

It was the opportunity to create a work space integrated with the vibrant urban life of Cidade Baixa, a bohemian neighborhood deeply connected with Hype Studio's history.

We invited Café Republica - a cafe that already existed in another building of the same street and had in its essence an urban identity - to form a partnership, opening their second unit on the ground floor of the townhouse. The invitation was accepted, and soon after the space focused on the appreciation of the coffee culture through techniques of preparation with special grains began to take shape.

Located on Rua da República, the most beautiful and greenest street of the bohemian neighborhood, the historic Townhouse had been partially restored by the owner when Hype Studio started the project. The facades, roof and windows were already recovered; the concrete floor of the ground floor, a second floor and a steel staircase had already been installed.

The intervention's great gestures were the installation of a third steel floor; all three floors connection with sculptural staircases built entirely in naval plywood; and the use of transparency to effectively integrate the different uses of the house.

The removal of the previous staircase and the proposition of a new one, in a new location, provided a better use of the space, as well as directing the course inside the house to the views of a beautiful central window.

The existing masonry was quite deteriorated. In order to enlighten the space without losing the material's original texture, the entire house's envelope was painted in frosted white, except for a small and purposeful frame on the ground floor, revealing the walls actual color, creating a more intimate atmosphere at the cafe.

The original partition walls were preserved and their plaster was restored (hall and ground floor meeting room).

The toilets were rebuilt in drywall and covered with naval plywood. The ground floor's concrete floor was treated and kept. Naval plywood was used on the floor of the other two levels.

On the high ceiling, the steel trusses were painted white and kept exposed. In between trusses, a plaster ceiling system was installed to provide thermal and acoustic insulation. The ceiling is also the protagonist of the lighting system with indirect lights. 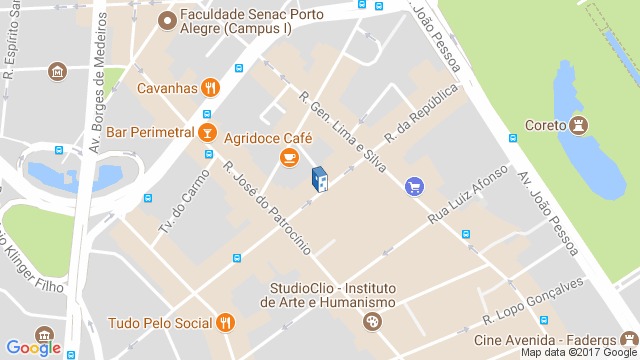