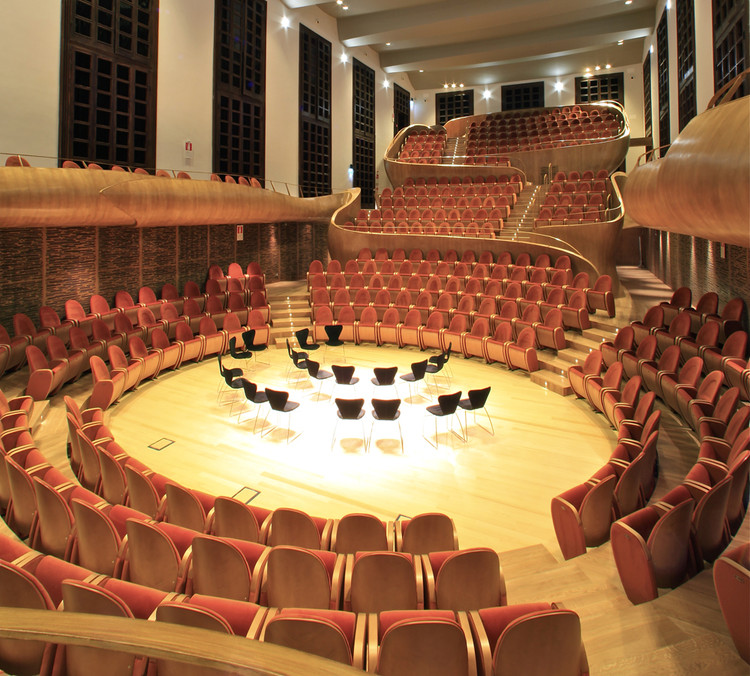 Text description provided by the architects. Conceived as a form of expressing the beauty of instruments, the Auditorium came into being to represent the great musical tradition, but also to confront the future of music. The result is a fluid project made of soft volumes, sinuous lines chasing each other and drawing a great organic sculpture which expresses thespreading of sound waves.

A parallel project: architecture and sound, releasing a sequence of shapes, volumes, views: the focal point is the central stage where attention is immediately centred. An important acoustic and architectonic choice sedimenting all-involving visions, recalling almost the Weimar all- embracing theatre. The space where sound is formed, the circular stage on the lower level of the hall, is a magnetic nucleus for the audience, drawing attention to the musical event to the musical event and making its image fully central. The audience is “wrapped round” the musicians, the dialogue that is created between the audience and the players producing a strong emotional impact and allowing a new experience which goes beyond the classical concert concept.

The architecture is done to excite emotions, but the acoustics, studied by the acoustics engineer Yasuhisa Toyota, also become a strong point of the hall. The architecture tries to “capture” sound to translate it into an image; music, ephemeral by nature, becomes from, substance: permanent and ephemeral in a timeless dialogie in the place celebrating string instruments.

Fluidity and organicity of the architectonic spaces, living and pulsating material which is moulded following curvilinear lines, contrasting with the regular and sterile definition of the rectangular hall which contains the Auditorium, like a box opening up its surprises. A basic idea: to build along parallel lines an identity between sound and architecture, in spaces that seem to crystallize sound waves.

A palace on many surprises and wonders: mechanisms on an architecture that is built by joining softness and fullness of materials, defined in the fluid concatenations of the spaces highlighting soft curves and tight spokes which make the surfaces vibrate and turn, an architecture which lives on open views and glimpses, concentration and inventive essence. 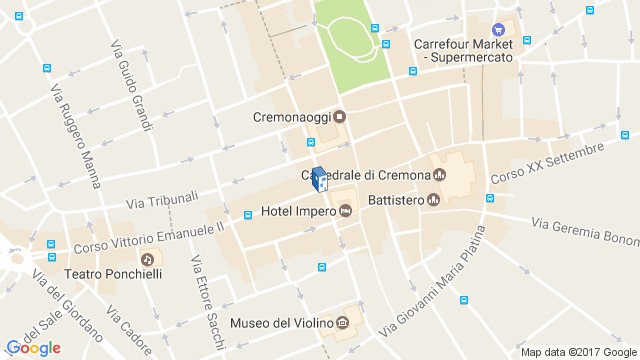 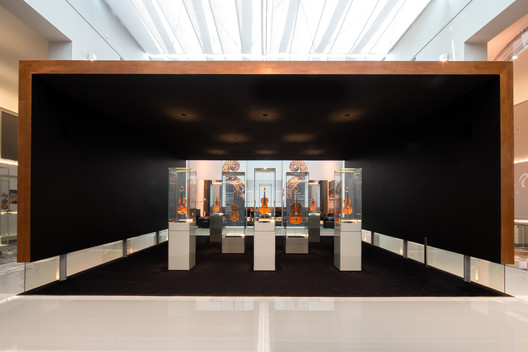 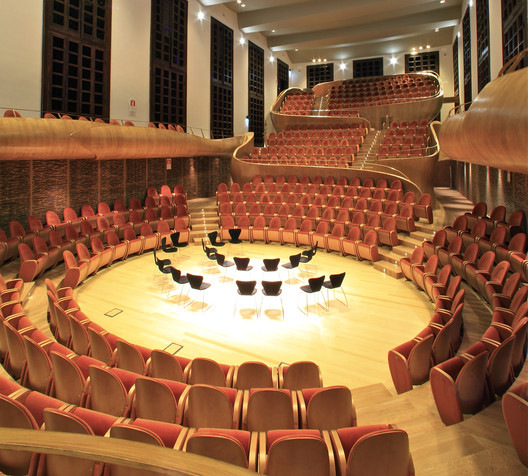