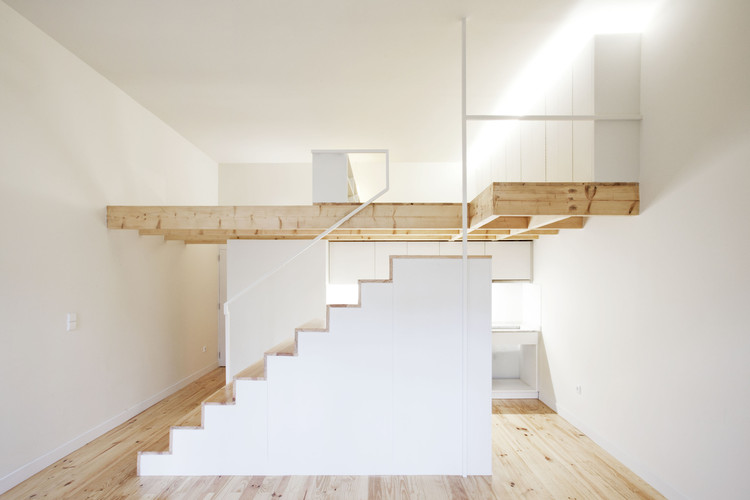 Text description provided by the architects. This project is about the rehabilitation of a building with original construction dated from the end of the 19th century, with 4 floors and inserted in a plot with 176.80sqm.

In a two-family genesis building it was intended to install a multifamily program consisting of 6 studios and respective storage in the basement.

The building, kept in its structural and functional skeleton, has in the original staircase a prominent element. From the entry floor to the ground floor was created a new ladder to replace an inoperable one.

Due to the asymmetrical positioning of the original staircase, which was intended to be maintained, the remaining spaces of the interior demolitions, all of them different, led to solutions of apartments all of them equally distinct but with common standards. Thus, in the apartments with higher ceilings one was introduced a mezzanine leaning on an open space; in others an "island" solution was tried which divides social and private area of the apartment without enclosing the spaces allowing the desired spatial and luminous fluidity. The apartments on the ground floor and the upper floor have characteristics that make them equally different, as far as the organization of space is concerned.

The amount of materials, colors and textures was purposely reduced, in the case of relatively small spaces, the objective was to maximize the luminosity and simplicity of spaces, so that they will be ready to receive the objects and "things" of future users. 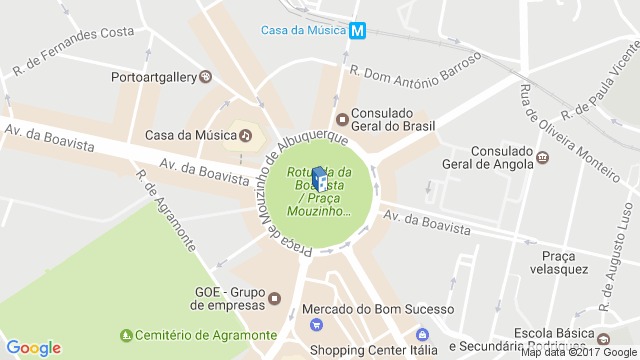