Save
M. A. C. Community Center / Made in Earth

Text description provided by the architects. The project originates from a partnership between Made in Earth and Terre des Hommes Core Trust, an ONG which takes care of children in troubles (abandoned or orphans, disabled or abused), giving them a home, an education and possibly following till and through the employment age.

MiE and TdH share a strategy made of small interventions to be spread all over the region, so to create a network capable to multiply the positive effects of each one.

The Community Hall (now M.A.C.) of Tiruvannamalai is one of knots of this network. It’s a place where all the NGO community (children, parents, tutors) can gather together and also meet the other citizens of Tiruvannamalai. A place where the ONG open itself to the whole town and tell its story: the building had to contain a permanent exhibition of the NGO evolution through the years, and occasionally guests public events.

The building is in a region characterized by a hot wet climate, with frequent floods. But there were other and more critical conditions: mainly the limit of the budget, as well as of the local technical skills and capabilities; then the impossibility of having a standard process of the works and therefore to keep a real control on the project.

The design approach of Made in Earth is quite pragmatic and (possibly) not self-referential, that means trying not to impose any pre-constituted idea: this helps, for instance, in the selection of the materials, that are chosen keeping in mind their cost and real availability, rather than a personal imagine of exotic architecture.

Simplicity, both conceptual and constructive, was a fundamental point.

The M.A.C. is conceived as unique, semi-transparent wall, rolling itself in a spiral, continuously changing its curvature and height, and leading to a inner covered pavilion. Area being equal, the spiral allows to develop a longer path, enough to narrate the Foundation story (illustrative panels will be installed along the wall), and to create an unusual spatial sequence: the wall is made of concrete hollow blocks, whose texture merges outside and inside, while people approaching the building can perceive the overlapping of the spiral’s coils.

The perforated wall, of course, filters the bright natural light into a diffused, smooth one, and takes advantage of the natural cross ventilation to refresh the pavilion. All the projects of MiE use a very simple technology: that’s a part of the intervention strategy that tries to employ local and low-skilled workers, for as many as possible.

The M.A.C. building (walls, pillars, roof) is just made of one material, concrete. All blocks are handmade, with an assembling scheme that creates a kind of pattern, while varying the wall density; the blocks have been used also as a part of the formwork for the pillars casting, and so to quicken the process. But in the end, it reminds the & technique, the great perforated screens of the traditional Indian architecture. 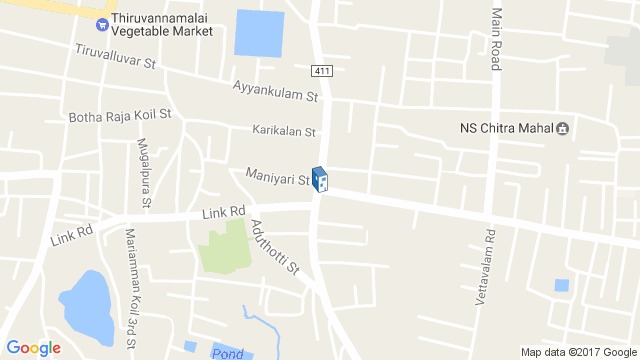 Made in Earth
Office
•••